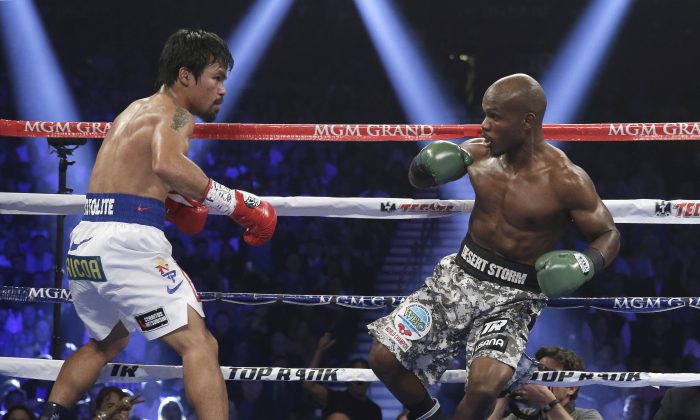 Manny Pacquiao Next Fight: Opponent for November Bout May Not Be Named Until August

The opponent for Manny Pacquiao’s next fight may not be named until August.

The bout is scheduled for November 22 in Macao, China.

Bob Arum, the CEO of Top Rank Promotions, told Ring TV this week that he is in discussion with Michael Koncz, Pacquiao’s advisor, but that there is “no rush” in naming an opponent.

Arum said that the naming may not happen until August.

The WBO has mandated that Pacquiao fight the winner of the May 17 bout between Juan Manuel Marquez and Mike Alvarado, which Marquez won, and another Top Rank official said recently that Marquez is on a “short list” of potential opponents for the November fight.

Chris Algieri, who recently beat Ruslan Provodnikov in a split decision, was also named on the list. However, the Algieri win prompted many including trainer Freddie Roach–to call for a rematch before a Pacquiao-Algieri fight is considered.

Another opponent mentioned fo rPacquiao has been Miguel Cotto, whom Pacman beat in November 2009.

Ring TV suggested that a potential opponent for Pacman is Luis Carlos Abregu, who has won seven straight fights since losing by unanimous decision to Bradley in July 2010.

Yet another possibility is Amir Khan, who has announced that he would be available to fight in November or December.

Khan notably has said he wouldn’t be ready to fight in September, which is when Floyd Mayweather’s next fight is. Mayweather also has yet to name an opponent.