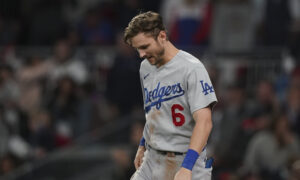 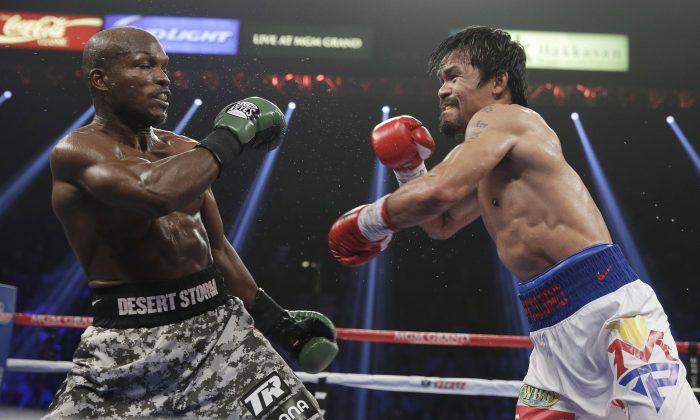 It looked as if Manny Pacquiao had finally decided on his opponent but Chris Algieri is in danger of losing out on a chance to fight Pacman.

The offer from Top Rank’s Bob Arum will “likely” be taken off the table if Algieri and his camp take too much longer to decide.

“It’s the opportunity of a lifetime,” DeGuardia said on Sunday.

“I need to know his answer. It’s been a week. No one has told me anything about needing more money. Hopefully he comes to his senses but if I don’t hear anything [by Monday]we’ll likely lose the offer.”

DeGuardia said that he expects to hear from Algieri on Monday (today).

Pacquiao’s next fight is scheduled for November 22 in Macau, China on HBO.

Algieri is reportedly upset that he would only make about $1.5 million straight up in addition to a percentage of the pay-per-view sales, according to Newsday.

“If we’re going to make this fight happen, I value myself and my health very highly,” Algieri told Newsday. “I just want what I deserve.”

DeGuardia doesn’t agree and hopes that Algieri will take the fight.

I’m just very surprised and disappointed by what’s going on,” said DeGuardia, who last spoke with Algieri attorney Eric Melzer on Saturday. “I know what a deal is worth and this is a good deal. I think he’s getting advice from people who aren’t in the business and they’re not giving him good advice. This deal is a no-brainer. I have to think he’s going to come to his senses eventually.”

The Long Island boxer is only getting the shot at Pacquiao because he beat Ruslan Provodnikov last month. Ruslan had been near the top of the list in terms of potential Pacquiao opponents.