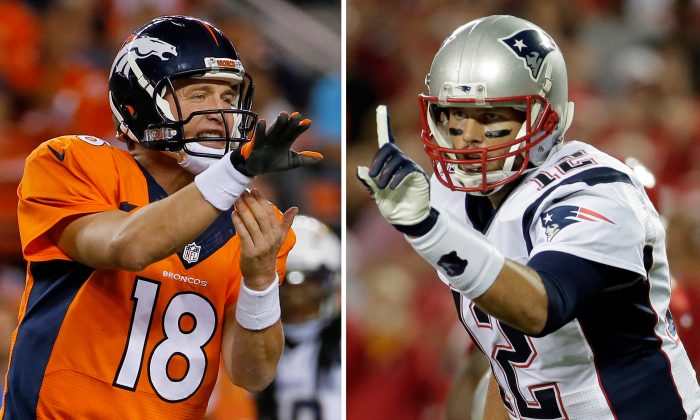 Manning Versus Brady: The Final Chapter?

If the AFC title game battle between Tom Brady’s New England Patriots and Peyton Manning’s Denver Broncos is the last clash between these two Hall-of-Fame quarterbacks, it’ll mark the end of one of the league’s best personal rivalries ever.

As well as the most contrasting.

These two have been the most successful quarterbacks of their day and contrast each other—and the stereotypes that go with them—in a number of ways.

Brady is more the “rock-star” quarterback along the lines of Joe Namath. Yet instead of having everything handed to him on a silver platter, he was a borderline starter in college at Michigan (along with Drew Henson), and few noticed when the Patriots selected him in the sixth round of the 2000 NFL Draft. But the underdog soon became the star, taking advantage of then-starter Drew Bledsoe’s injury in 2001, leading the Patriots to a Super Bowl win that very season. Fame, fortune, and three more Super Bowl wins soon followed.

Manning is more the “cerebral” style of quarterback—the kind who is normally overlooked and has to constantly overcome doubts about his physical abilities. The son of former NFL star Archie Manning, Peyton was the prized five-star high school recruit who broke the heart of his father’s alma mater (Ole Miss) when he chose to play his college ball at rival Tennessee.

Four celebrated years later, he was the no-brainer top selection of the 1998 NFL Draft and quickly turned into exactly what you want from a first overall pick—a Hall-of-Fame player.

While Brady’s regular season numbers took some time to fly off the charts, Manning joined the 4,000-yard club in just his second season. By 2004, he set single-season records with 49 TDs and a 121.0 quarterback rating.

Yet Manning lost each of his first three playoff starts, while Brady won his first 10 (!), including a trio of Super Bowls. When they first met in the postseason in January of 2004, Manning was on fire, registering unheard-of quarterback ratings of 158.3 and 138.7 in wins over Denver (41–10) and Kansas City (38–31).

Brady’s Patriots prevailed in a tough physical game 24–14 (physical on New England’s side, anyway) that would lead the NFL to toughen its pass interference rules.

And although it ballooned Peyton’s already ridiculous regular season numbers—which had allowed him to win MVPs in 2003 and 2004—the Colts lost to the Patriots again 20–3 in the divisional round of the following year’s playoffs.

The following season, Brady—with help from new Patriots acquisition Randy Moss—rewrote the record books with 50 TD passes along the way to a 16–0 regular season, culminating in his first of two MVP awards. (The other was  in 2010.) But New England lost in the Super Bowl—the first of three straight postseason losses for Brady.

By 2013, Manning had switched over to Denver with his Indianapolis results right along with him—culminating in his fifth MVP award. Two more than anyone else in NFL history.

That postseason, the two met in the playoffs for the fourth time. And for the fourth time, the home team won with Manning throwing for 400 yards and a pair of TDs in Denver’s 26–16 win. Manning and the Broncos, though, would go on to get blown out by Seattle in the ensuing Super Bowl 43–8.

Which brings us to the current matchup. With the 39-year-old Manning in decline—mainly due to injuries sustained over the past year and a half—this very well could be the final chapter in a book that is yet undecided on the winner. Who had the better career: Brady and his two MVP awards and four Super Bowl titles, or Manning with his five MVP awards and one Super Bowl win? The best regular season quarterback or the best postseason quarterback?

It’s an ongoing debate with only one sure winner—the fans.