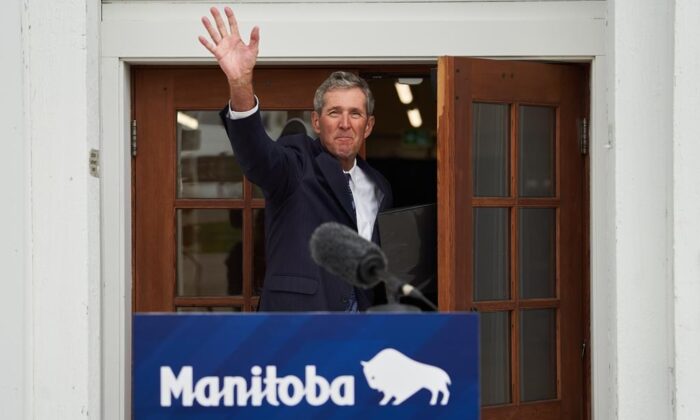 Manitoba Premier Brian Pallister announces that he will not be seeking re-election in front of the Dome Building in Brandon, Man., on Aug. 10, 2021. (The Canadian Press/David Lipnowski)
Canada

WINNIPEG—Manitoba’s governing Progressive Conservatives are to choose a new party leader today who will become the province’s next premier.

Party members are deciding between former health minister Heather Stefanson, who has the support of most caucus members, and former member of Parliament Shelly Glover.

The leadership race began in the summer after former premier Brian Pallister announced he was stepping down.

The contest has been marred by complaints that many party members did not receive mail-in ballots in time to vote, and Glover has called for the vote count to be delayed.

Party officials started offering alternative locations where members could pick up and return their ballots, but Glover said it was too little, too late.

The next election is slated for October 2023.

Opinion polls suggest the Tories are running behind the Opposition New Democrats in public support.