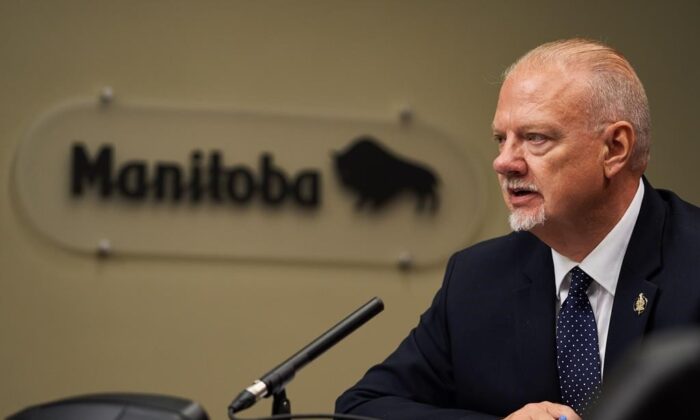 “It was unanimously decided that Kelvin Goertzen is the best person to lead us through this interim period until a new leader is selected in the fall,” caucus chair Greg Nesbitt said in a written statement.

Goertzen, a former deputy premier and minister of portfolios including health and education, declined requests for comment. He is expected to speak after being sworn in Wednesday.

He will hold the title until the party’s leadership vote, which is slated for Oct. 30.

Goertzen has been a legislature member since 2003, and became Pallister’s go-to person for major overhauls of government services.

As health minister, he oversaw the closure of some emergency rooms in Winnipeg and a redesign of hospital services that was supposed to reduce wait times.

Pallister moved Goertzen over to education as the province launched a review aimed at improving test scores and reducing overhead costs.

The resulting plan, which would eliminate all elected English-language school boards in the province, has run into staunch public opposition. All three candidates to date for the October 30 Tory leadership vote have promised to stop the reform in its tracks.

“There’s no sense pursuing Mr. Pallister’s legislative agenda now that he is no longer the leader,” Kinew said.

It is unclear whether the legislature will reconvene on schedule October 6 during Goertzen’s brief tenure.

Aside from the education bill, there are several other proposed laws waiting to be passed, including one to enact changes announced in the provincial budget in the spring.