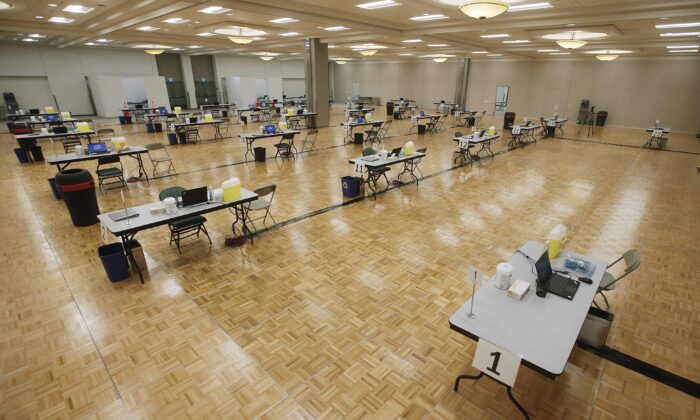 A family doctor from Manitoba has been censured for prescribing Ivermectin to a patient, not wearing a mask during a clinical encounter, and conveying information about COVID-19 pandemics and vaccines that run counter to public health recommendations, says the province’s regulatory body for medical physicians.

In a statement released on June 29, the registrar of the College of Physicians and Surgeons of Manitoba (CPSM) said Dr. Wilhelmus Petrus Grobler, a family physician from South Sherbrook Health Centre (SSHC) in Winnipeg, has been censured by its investigation committee for his care and conduct of two patients.

A censure is a formal disciplinary record that may be used to determine future action to be taken if physicians find themselves the subject of a complaint investigation or inquiry panel, according to the CPSM.

“In the first case, which occurred between June and September 2021, Dr. Grobler failed to meet the standard of care in his assessment and management of a patient’s medical condition in that he provided treatment for myocarditis in the absence of sufficient evidence to support that diagnosis,” the statement said.

“He prescribed Ivermectin to the patient when he knew or ought to have known it was neither evidence-informed nor in the patient’s best interest.”

In the second case, the CPSM said Grobler failed to meet ethical and professional standards by not wearing a mask during a clinical encounter with a patient under 18 years old last September.

“He allowed one of the patient’s parents to remove their mask during the encounter without a valid reason at a time when mask-wearing was mandated,” the organization added.

The statement went on to say Grobler provided information to the patient and their parents about the pandemics and vaccines that was contrary to public health recommendations, professional standards and expectations, and “could pose a potential risk to personal and public safety.”

“By doing so, in his capacity as a physician, Dr. Grobler lent credibility to misinformation from unreliable sources, including respecting the risks and benefits of vaccines,” the registrar said.

The Epoch Times reached out to Grobler for comment but was told by his office that he is on vacation and will be unavailable until August.

In background to the September 2021 clinical encounter, the registrar said the CPSM learned that Grobler was expressing views that went against public health directives regarding the diagnosis, treatment, and transmission of COVID-19.

“Dr. Grobler was asked to sign a voluntary undertaking in October 2020, stating he would not disseminate information to his patients or the public regarding COVID-19 that does not align with current public health directives,” the statement said.

“This undertaking remains in force and the conditions are posted on Dr. Grobler’s public profile on CPSM’s website.”

According to a report by CHVN Radio on Oct. 29, 2020, Grobler had issued a statement, sharing his opinions on COVID-19.

“The virus causing COVID-19 is a Cold Virus and causes cold symptoms for the vast majority of people infected between the ages of 0-80. It is not more lethal or carry excess morbidity over any other cold or flu virus, for this age group,” Grobler wrote.

“Eventually ALL people will have to get the virus and form natural immunity, even if immunized with the mRNA (COVID-19) vaccine which ‘protects’ only for 3 months, because we are dealing with a NOVEL virus.”

Grobler criticized the media’s focus on COVID-19 case numbers in the news, without distinguishing those who were genuinely sick versus those who were not.

“‘CASES’ in the news are not all ‘CASES’, they are people with positive RT-PCR tests (COVID-19 nasal swab tests). Many are not sick, most are just positive contact tracings with specific RNA in their noses,” he said.

‘We Were Not Consulted’

The Manitoba doctor was also critical of sweeping lockdown measures that shut down the province, saying a more targeted approach should have been used.

“The age group 80+ with co-existing medical conditions, are the group with the highest mortality rate when infected with the SARS Cov2 virus and only they should be protected by ‘locking down’ their abodes (places where they stay) until the whole herd has natural immunity,” he said.

In reference to Public Health’s response to the pandemic, Grobler said family doctors were given no opportunities for input on pandemic measures.

“Measures to ‘Flatten the COVID-19 curve’ was 100% decided on by Public Health which is a Government Branch. We, your primary care family physicians, had NO say in which actions should be taken. We were not consulted.”

In a statement to CHVN Radio in October 2020, the SSHC said while they understood Grobler meant well, his views did not represent the clinic and his colleagues.

“We know that he has the best interest of his patients at heart, but not all colleagues at our clinic share his opinions on the progress, risk, or remedies of COVID-19,” the statement said.

“Here at Sherbrook Health Centre we respect the rules of protecting our patients and community from COVID-19 and we support the decisions and advice from our public health authorities.”