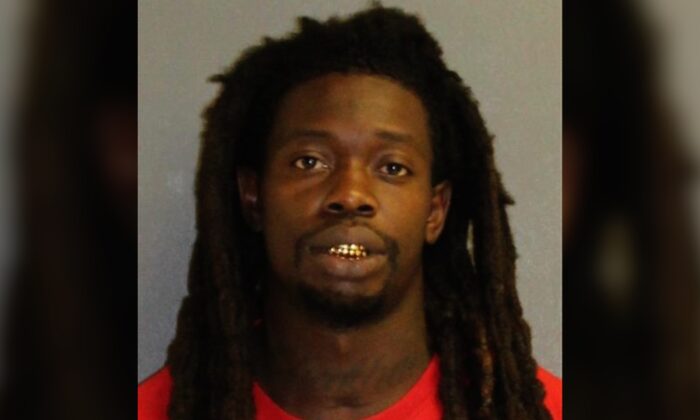 An on-duty patrol officer in Florida who was inspecting a “suspicious vehicle” Wednesday night was rushed to the hospital after the driver shot him in the head, a video of the incident shows.

The shooting prompted a county-wide lockdown and the Daytona Beach Police Department is offering a $100,000 reward “for anyone who can help authorities locate the man who shot one of our officers in the head,” a statement from the agency reads.

Authorities have identified the suspect as Othal Wallace, a 29-year-old black male, who was behind the wheels of a gray 2016 Honda HRV with California tag 7TNX532 at the time of the inspection and shooting.

The Volusia County Sheriff’s Department said in a press release Wallace is considered “armed & dangerous” and urges anyone with information on the suspect to contact 911 “immediately.”

The identity of the wounded officer is currently withheld, but Daytona Beach Police Chief Jakari Young confirmed he is at the Halifax Health Medical Center in Daytona Beach.

“No change in the status of my hero who was shot in the line of duty last night,” Young said on Twitter early on Thursday in the latest update. “He’s fighting while all of us are praying.”

A separate press release from the department reads the officer is out of surgery but remains in critical condition.

Young told reporters during a press briefing there are more than 500 police officers that have responded in the area and they are currently committed to doing everything they can to hunt down Wallace.

“I’m grateful for every agency that has responded over here tonight to help us because they are committed to staying out here until we have this coward in custody,” the chief said.

In a 29-second clip from the incident, Wallace is seen on the body-camera video from the officer shooting at him shortly after he started a conversation, asking the suspect if he was living here.

“Come on man, don’t do this. Why are you asking me if I live here?” the suspect is heard asking the officer. Wallace is then seen struggling for several seconds with the officer, shouting, “Stop! Stop, man!” before firing his gun, hitting the officer in the head.

Young said the armed motorist drove off after shooting the officer, who joined the police force three years ago.

“This is a young kid and I highlight that because most officers you would see their wives or their kids respond to the hospital (when wounded), it’s his mom in there,” the chief said. “So that tells you where he is in his life.”

The wounded officer was found lying on the street by officers who responded to his latest location after he stopped answering his radio when units tried to call him, police said.