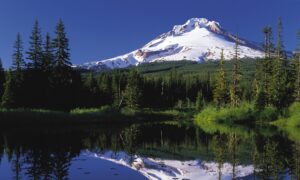 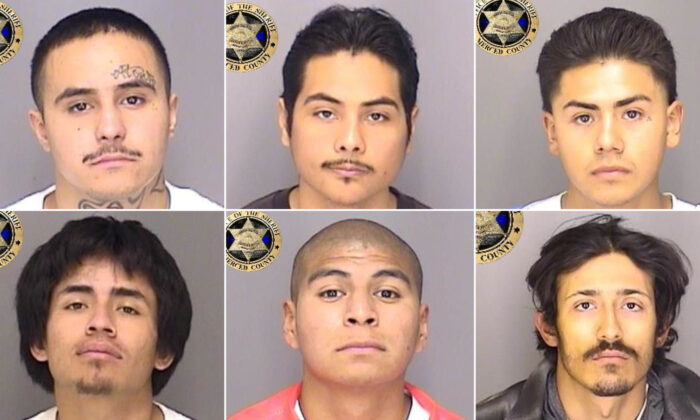 Authorities in Northern California are hunting for six inmates who escaped from Merced County Downtown Jail over the weekend, police confirmed in a press release Sunday.

Merced County Sheriff’s Office said that a preliminary investigation showed the fugitives escaped the facility by using a “homemade rope to scale down the side of the jail” via the roof.

Police added that jail officials found the six inmates missing from their cells just before midnight on Sunday.

The fugitives have been described as Hispanic males between the ages of 19 and 22. A task force has been formed to track down and apprehend the escaped inmates.

The sheriff’s office urged anyone with information about the escaped prisoners, or who has seen any of the individuals detailed below not to approach them and call 911.

The police statement provided detailed information, including a picture and charges, for each individual.

The youngest is from Atwater, California, and has been identified as 19-year-old Gabriel Coronado, who is 5 feet, 10 inches tall with black hair and brown eyes.

Coronado was jailed on charges of attempted murder, shooting at an inhabited dwelling, participation in a criminal street gang, felon in possession of a firearm, and violation of probation.

The second is 20-year-old Jorge Barron, also from Atwater. He was jailed on a violation of probation charge and has been described as being 5 feet, 5 inches tall with black hair and brown eyes.

Andres Nunez Rodriguez Jr., a 21-year-old male from Planada, California, was held on charges of attempted murder, shooting at an inhabited dwelling, participation in a criminal street gang, and felon in possession of a firearm.

Manuel Leon, 21, of Vallejo, California, is charged with a firearm assault, shooting at an inhabited dwelling, evading a peace officer, reckless driving, participation in a criminal street gang, and carrying a loaded firearm. He is 5 feet 10 inches tall with black hair and brown eyes.

The sheriff’s office added it will update the information when available.