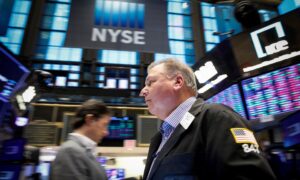 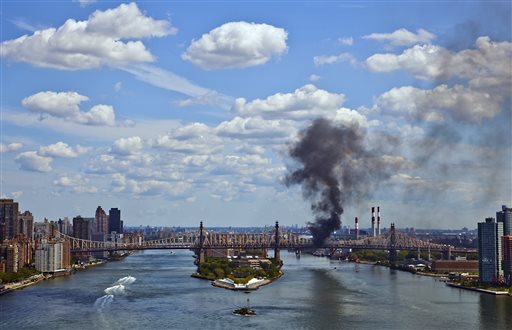 A cloud of smoke billows from the Ed Koch Queensboro Bridge, as seen from Waterside Plaza, on the east side of New York, Friday, Aug. 16, 2013, after a truck caught fire on the bridge. There were no reports of injuries but traffic delays were reported on the major crossing between Manhattan and Queens. (AP Photo/Frank Ritter)
New York

It was later reported that the fire was not caused by an explosion.

Twitter user Elena de Rossi and others posted photos of the fire. “Something happening in the queensboro bridge,” she wrote.

The Twitter account of 511 NYC wrote: “Vehicle fire on Queensboro bridge in Manhattan, NYC. All lanes blocked until further notice.”

Photos showed a massive plume of black smoke visible from miles away.

CBS New York reported that the blaze is a “fully engulfed vehicle fire” and is located on the bridge’s lower level. It reported that no injuries were reported.

Some of the electrical cables are also seen burning, CBS said.

According to live video footage, the fire left part of the bridge’s structural beams blackened.

Story is breaking; details to come.