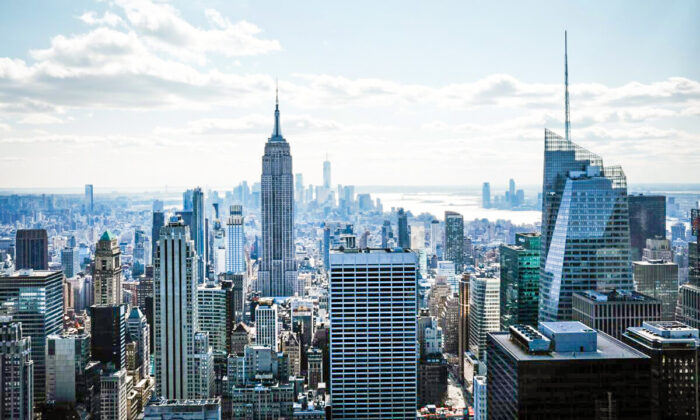 Only 28 percent of Manhattan office workers come to work in person on an average day, a survey has found. Only 8 percent come to the office five days a week. In-person attendance has increased over the past year, but much slower than companies anticipated. The numbers don’t bode well for the commercial real estate market and for the city’s economy at large.

The city is still reeling from the devastation caused by the COVID-19 pandemic as well as the government restrictions imposed in response to it. In October last year, only 10 percent of Manhattan office workers have returned after the initial lockdowns sent them working remotely, according to a survey by the Partnership for New York City, a membership organization for some of the top NYC business executives.

The companies expected to have nearly half of their employees back in offices by July, but that proved a mirage. In June, only 12 percent of office workers were back, a follow-up survey revealed.

The number started to pick up at a greater pace afterward, reaching 23 percent in August.

In October, 46 percent returned to the office for at least one day a week. But only 8 percent were back five days a week, according to the latest survey by Partnership.

Commercial leasing activity in Manhattan jumped by nearly 60 percent from the 2nd to the 3rd quarter, but remains far below the blockbuster numbers from pre-pandemic years, Colliers brokerage reported.

The surveyed employers plan to keep more than 20 percent of their office workers remote even after the pandemic. About one-third of them plan on shrinking their office footprint over the next five years and more than one in eight plan to cut their workforce.

The survey also revealed changing sentiment toward COVID-19 vaccine mandates. In June, only 15 percent of employers said they’d require all their returning workers to get the vaccine. More than 7 percent said they would not require it and the rest hadn’t decided yet.

In October—after a slew of vaccination mandates by the city, state, and federal governments—nearly half of respondents required vaccination (among those that disclosed their policy). Another almost 40 percent required either vaccine or regular testing for COVID-19. Only 11 percent had no vaccine policy.

Despite the tightening of vaccination policies, 44 percent of companies said they would require even vaccinated employees to wear masks, though 10 percent said the mask policy only applies to common areas or places where “social distancing” isn’t possible.

The city’s roughly 1 million office workers, the largest share of whom work in finance, represent a robust pillar of the local economy that appears to remain thinner for good with the plans for keeping a chunk of the work remote.

If companies decide to only have office workers come in three times a week, businesses in the city would lose $1.25 billion in annual revenue and the city would come about $111 million short on taxes, according to the city’s Comptroller.

The city has struggled with sunken tax revenues this year and the last. Despite stronger than expected revenues in fiscal 2021 as well as $15 billion in federal aid, outgoing Mayor Bill de Blasio is leaving his successor expected budget shortfalls of more than $4 billion starting in fiscal 2023.