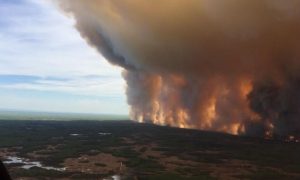 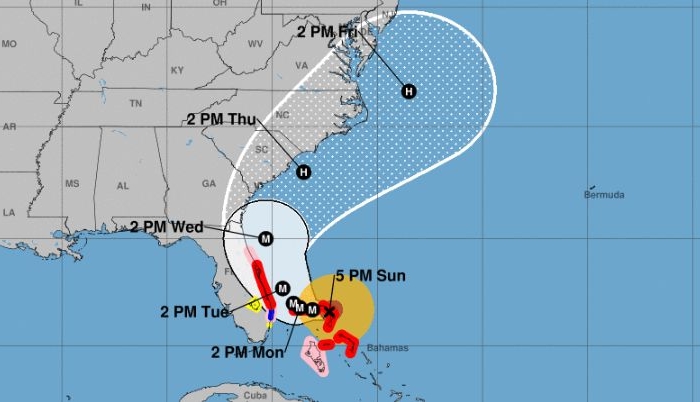 The cone of probability for Hurricane Dorian as of 5 p.m. on Sunday (NHC)
US News

Mandatory Evacuations In Place For Florida, Including Trump’s Mar-a-Lago

Mandatory evacuations were issued along Florida’s east coast on Sunday ahead of Category 5 Hurricane Dorian, which blasted the northwestern Bahamas.

The Florida Emergency Management website posted an alert, saying that residents in some areas along the east coast should evacuate.

The following counties are under evacuations, according to the website:

Martin County – Mandatory evacuation order for Zone A and Zone B are in effect. This includes Hutchinson Island, Jupiter Island, Sewall’s Point, low lying areas, and mobile and manufactured homes.

Palm Beach County – Mandatory evacuation order for Zone A and Zone B. Zone A includes mobile homes, sub-standard housing and low-lying areas prone to water intrusion. Zone B includes the barrier islands, land areas north and south of the Jupiter Inlet, and other surge-vulnerable areas south along the Intracoastal Waterway to the Broward County line.

Brevard County – Mandatory evacuation order is being issued at 5 p.m. today for Zone A, including all mobile and manufactured homes.

St. Johns County – Mandatory evacuation order is being issued at 8 a.m. on Monday, September 2 for Zone A and Zone B, which includes the entire cities of St. Augustine and St. Augustine Beach, and those living on waterfront property or in flood-prone areas.

Voluntary and phased evacuations have been issued in:

The Miami Herald reported that President Donald Trump’s Mar-a-Lago resort, which is located in Palm Beach County, is included in the mandatory evacuation.

Hurricane watches were issued for Volusia/Brevard County Line to the Flagler/Volusia County Line.

The NHC said in a 7 p.m. update that the storm is continuing to batter the Abacos Islands in the Bahamas and is now approaching Great Bahama Island.

“This is a life-threatening situation. Residents in the Abacos should continue to stay in their shelter as the eastern eyewall of Dorian remains over the area. Residents in eastern Grand Bahama will begin to experience the western eyewall soon,” the agency warned.

The storm still has winds of 185 mph and gusts of 220 mph, forecasters said.

The storm is now about 150 miles east of West Palm Beach, Florida.