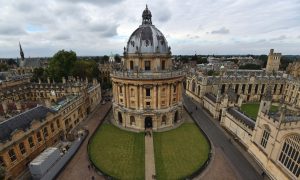 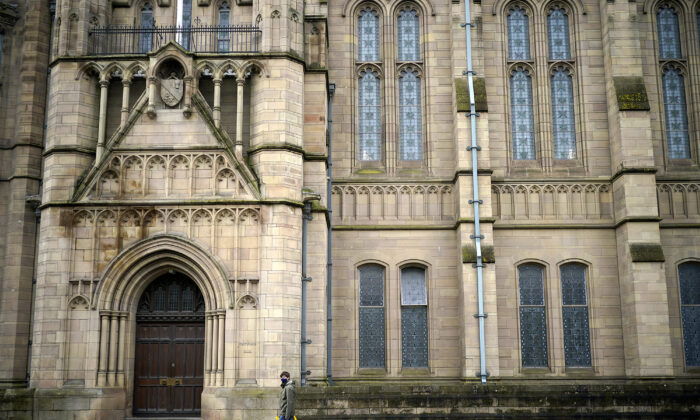 Students at the University of Manchester on Thursday night tore down large metal barriers that had been erected around their campus accommodation on the first day of a new national lockdown in England.

Social media images showed torn-down fencing after students had reportedly woken yesterday to find their Fallowfield campus accommodation had been all but hemmed in by large metal barriers, with the only exit guarded by security.

Students expressed feeling like they were living in a prison and were concerned about the impact on mental health of the restrictions.

“Morale is really low, we’re really disappointed we didn’t hear about this beforehand and about the fact it went up without any explanation,” a first-year student, Meghan, told the BBC. “It makes it feel like we’re in a prison.”

The student action, which was part of a larger protest on the campus, comes following new lockdown rules for England put in place to slow the spread of the CCP (Chinese Communist Party) virus, commonly known as novel coronavirus.

The rules say that in term time, students living at university may not move back and forth between their permanent and student homes but only go home when term ends.

BBC News footage showed one student addressing a crowd of fellow protesters over a loud hailer after dark on Thursday night.

“We have been lied to, they promised us a safe campus, they made us come here, yet they continue to blame the students for the spread of the virus,” she said.

“We are the ones that are paying thousands of pounds to live in these unsafe halls.”

She also said that student mental health is “at an all-time low this year”, and that students were being “forced into this situation” then being blamed for spreading the virus.

She was met with cheering and clapping from the gathered protesters.

Following the protest, the university apologised for erecting the fencing.

“I sincerely apologise for the concern and distress caused by the erecting of a fence around our Fallowfield Halls of Residence today. This was not our intention—in fact quite the reverse,” Vice Chancellor Nancy Rothwell said in a statement on Thursday.

“There was never any intent to prevent students from entering or exiting the site,” Rothwell said.

“The fences are being taken down from Friday morning and students are being contacted immediately,” she added.

“The fencing was intended as a response to a number of concerns received over recent weeks from staff and students about safety and security, particularly about access by people who are not residents,” the university wrote on Twitter

Alternative security measures “including additional security patrols” are being put in place instead, the university said.

The National Union of Students wrote, “We must not be policed into lockdowns with no access to basic rights and wellbeing support, we must not be blamed/scapegoated, and we must not be silenced or neglected any longer.”

The University and College Union (UCU) wrote that it was “horrified” at the erection of the fencing that forced students to use only one exit to leave their accommodation.