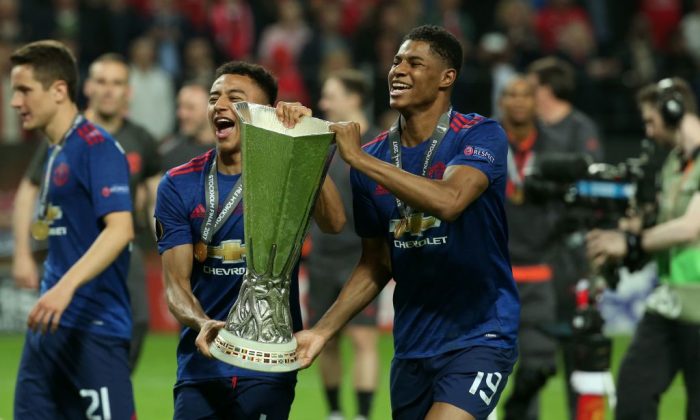 Manchester United faced Ajax of Amsterdam in the Europa League Final at the Friends Arena in Stockholm, Sweden, with both sides looking to join the direct qualification to next year’s UEFA Champions League as well as the trophy. A win for Manchester United would see them join EPL Champions Chelsea, runners up Tottenham Hotspur, and third placed Manchester City in the group stages, whilst Liverpool, who finished fourth in the EPL, qualify for the UEFA Champions League final play off place, where a win in the two-leg qualifier would see England provide 5 teams in the group stages.

In a first half that Manchester United generally controlled, Ajax looked overawed or overcome by the occasion, and never tested United goalkeeper Sergio Romero, United took a fortuitous lead in the 18th minute when a twenty yard mid penalty box strike from Paul Pogba took a deflection past the Ajax goalkeeper for a 1-nil lead, a lead that United took into the half time break.

Manchester United doubled their lead early in the second half when, in the 48th minute after Chris Smalling had headed the ball down, Henrikh Mkhitaryan flicked the ball into the Ajax net for a 2-nil lead. United then set about continuing to restrict the young Ajax side, and did so, and looked to break quickly through Marcus Rashford using their greater experience.

Manchester United ended the season with the Europa League Trophy, the League Cup, and qualification to next year’s Champions League competition.