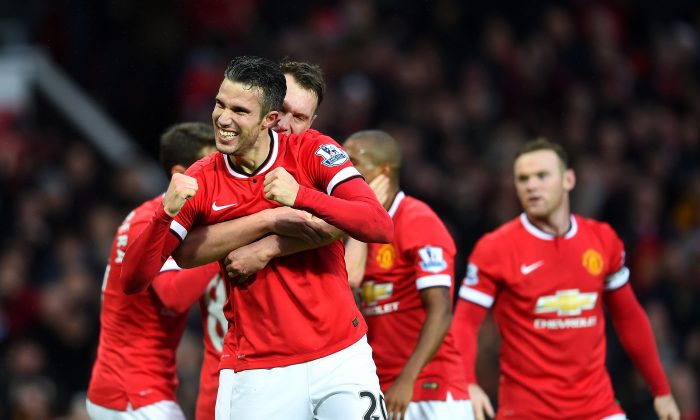 Though they were beaten twice by Liverpool last season, Manchester United restored some of their wounded pride with a comprehensive 3–0 victory in the 188th chapter of the historical North England Derby at Old Trafford on Sunday.

The rivalry between the two clubs extends back to the days of the Industrial Revolution, when Manchester’s industry was dependent on shipping access through the port of Liverpool. The dues charged by Liverpool shipping and railway merchants were perceived as excessive by Mancunian businessmen, and inspired their citizens to develop the Manchester Ship Canal in order to circumvent the use of Liverpool-Manchester railway systems.

This gave Manchester direct access to the sea, and the Manchester economy subsequently prospered, while the city of Liverpool’s industry lost substantial income. Grievances have festered between the two cities ever since, finding particular expression in the football clashes between United and Liverpool that have taken place since 1894.

The deep-seated animosity springing from their shared history has meant that there have been very few instances of direct transfers between the two clubs. (The last was when Phil Chisnall joined Liverpool 40 years ago.) Time has continuously moved on since these two clubs first began to play each other; each team now has American owners and boast squads worth hundreds of millions of dollars. (United fielded a team worth $369 million, while Liverpool’s team cost $251 million to assemble.) With modern recruiting trends seeing clubs sourcing players from far and wide, perhaps only the 13 British players in the game were most keenly aware of the contentious history, and the consequent pride at stake.

However, with a full house of over 75,000 fans roaring from the stands of Old Trafford, the magnitude of the occasion wouldn’t have escaped the foreign and newly drafted players. Indeed, it was United’s catchment of foreign acquisitions that had the most effect, with Spanish goalkeeper David de Gea putting in a Man of The Match performance with eight crucial saves. His compatriot, Juan Mata, notched a goal on the 40th minute, and it was Ecuadorian Antonio Valencia who provided the incisive pass for Wayne Rooney to score the first goal after 12 minutes.

Italian Mario Balotelli was Liverpool’s most dangerous player, and the half-time substitute forced de Gea to save his four shots on target.

United’s striking partnership of Robin Van Persie and Wayne Rooney had looked more likely to score in this fixture based on current form, and they capitalized on United’s possessional dominance (55 percent). Rooney, who has been involved in 94 goals in his last 100 appearances at Old Trafford, opened the scoring with a deft sidefoot shot. Robin Van Persie, who had netted six in nine previous outings against Liverpool, decided the game by tapping in Mata’s through ball in the 71st minute.

United made more tackles and interceptions throughout the game (36 and 21, respectively, to Liverpool’s 20 and 9), and dominated in terms of completed passes, with 409 to Liverpool’s 330. Passes in the attacking third were almost evenly matched, however, and Liverpool had the most shots on target (9 to United’s 6).

Liverpool manager Brendan Rodgers will rue the chances missed by Mario Balotelli and Raheem Sterling, while United coach Louis van Gaal will be satisfied with his team’s clinical finishing in front of goal.

The result leaves Liverpool 10 points adrift of third-place United in the race for a top-four finish and the coveted Champions League qualifier places, with Liverpool fans’ disappointment at their Champions League elimination at the hands of Basle last Wednesday night being further compounded.

United, meanwhile, extended their run of consecutive league wins to six, and will be hoping for further success during the densely packed fixtures that are scheduled throughout the festive period.