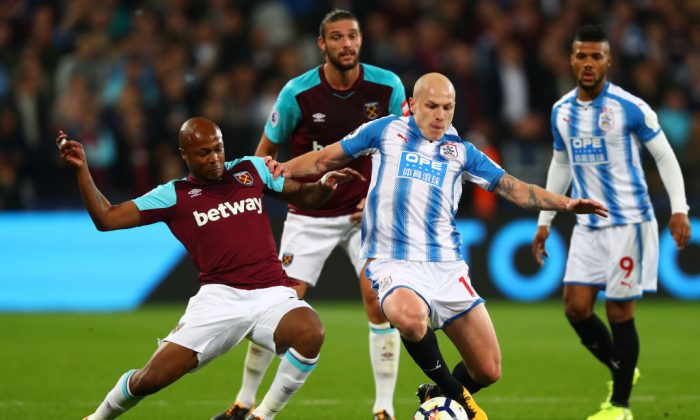 The fourth round of the English Premier League season got underway with Saturday’s early kick off between Manchester City and Liverpool at Etihad Stadium, with both sides looking to add to both their 2 wins and a draw from the start of the season at the other’s expense. After taking a 24th minute lead through Sergio Aguerro, Manchester City were looking to confirm their ascendancy when Liverpool’s Sadio Mane was red carded for a high challenge on City goalkeeper Ederson, which necessitated an eight minute stoppage for treatment before being sent to hospital for tests. City added a second through Gabriel Jesus before the break, and he made it a brace early in the second half, and then substitute Leroy Sane added his own brace late on for a 5-nil victory. Fortunately, Ederson returned to watch the later stages of the game, with only minor damage apparent.

In later games, Arsenal hosted Bournemouth, with both looking to get their respective season’s back on track, the former after 2 consecutive defeats, the latter after opening with 3 defeats, and Arsenal ended comfortable 3-nil victors with two goals from Danny Wellbeck and one from Alexandre Lacazette, Brighton were 3-1 winners against West Bromwich Albion at the Amex Stadium, with Brighton’s first Premier League goals being supplied by a brace from Pascal Gross, and the other by Tomer Hemed, with James Morrison providing Albion’s reply, Everton continued their run of top 6 opponents with the visit of Spurs to Goodison Park, and were beaten by a double from Harry Kane, and another from Christian Eriksen, Leicester faced Chelsea in the battle of the champions from the last 2 season’s campaigns, Chelsea taking a 2-nil lead through Alvaro Morata and Ngolo Kante, and ending 2-1 winners after Jamie Vardy’s second have penalty for Leicester after a foul from Thibault Courtois was punished, whilst Southampton hosted Watford, and ended being beaten 2-nil by the visitors courtesy of goals from Abdoulaye Doucoure and Daryl Janmaat, consigning Southampton to a further defeat, the worrying sign being that they have failed to score in three of their four fixtures to date.

Stoke City faced Manchester United at the Bet 365 Stadium in the late game, with the former looking to end the latter’s perfect start to the season. Stoke opened the scoring late in the first half after a good team move ended with a cross from the right from Diouf after being played onside by Eric Bailly, and Maxim Choupo-Moting getting goal side of the slowly recovering Bailly to finish past goalkeeper David De Gea from close range. However, the lead was short lived, with United scoring from a corner in first half injury time, when the unmarked Paul Pogba found the net with a header going in off the back of Marcus Rashford’s head. David De Gea then made a point blank save from Jese Rodriguez to deny Stoke, before Romelu Lukaku put United ahead, scoring from a rebound after Jack Butland saved his first effort having been put clear through and shooting from the penalty spot. Maxim Choupo-Moting scored the equaliser from a header from a corner for a deserved equaliser, though Lukaku missed a good chance, and Jack Butland made a couple of good saves to deny United.

In Sunday’s early game, Burnley hosted Crystal Palace at Turf Moor, Burnley taking the honours with an early goal from Chris Wood, his second consecutive goal following his transfer from Leeds United, courtesy of a wayward early backpass, and a 1-nil victory.

The result gives Crystal Palace the unwelcome record of the first Premier League side to lose all four opening games of the season without scoring a goal. In the later game Swansea faced Newcastle at the Liberty Stadium, Newcastle winning 1-nil with the solitary goal coming from a close range header from Jamal Lascelles.

In Monday’s match, West Ham will play their first home game of the season at the London Stadium, hoping to collect their first points of the season against newly promoted Huddersfield who have made a strong start to their first Premier League season with 2 wins and a draw to date.

Manchester United and Manchester City lead the table with 10 points each from 4 matches, United having a goal difference of 10 to City’s 8, whilst Bournemouth and Crystal Palace hold up the table with starts of 4 consecutive defeats, with Bournemouth facing a crucial clash with Brighton this Friday, and respective manager’s Eddie Howe and Frank De Boer, facing pressure to avoid becoming the first managerial casualties of the season.   Chelsea are 3rd with 9 points and Watford 4th place with 8 points.