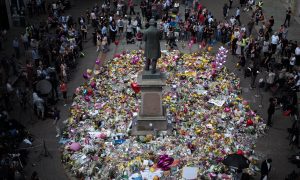 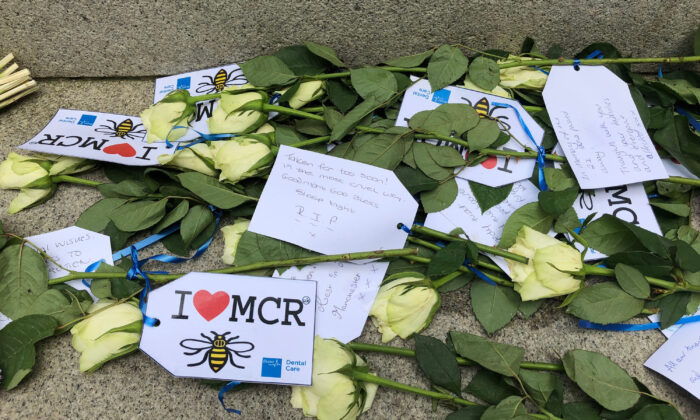 Manchester Arena Bomber Should Have Been Identified as Threat, Inquiry Finds

Manchester Arena suicide bomber Salman Abedi should have been identified as a threat on the night of the attack by those in charge of security, a public inquiry into the May 2017 attack has found.

In his 196-page report examining security arrangements at the venue where 22 people were murdered and hundreds were injured at the end of an Ariana Grande concert, inquiry chairman Sir John Saunders found there were a number of missed opportunities to prevent or minimise the “devastating impact.”

Saunders said he considered it was likely Abedi would still have detonated his device if confronted “but the loss of life and injury is highly likely to have been less.”

Manchester-born Abedi, 22, of Libyan descent, walked across the City Room foyer towards an exit door and detonated his shrapnel-laden device, packed into his bulging rucksack, at 10:31 p.m. on May 22, 2017, just as thousands, including many children, left the concert.

Saunders said: “No-one knows what Salman Abedi would have done had he been confronted before 10:31 p.m. We know that only one of the 22 killed entered the City Room before 10:14 p.m. Eleven of those who were killed came from the Arena concourse doors into the City Room after 10:30 p.m.”

Saunders said: “The security arrangements for the Manchester Arena should have prevented or minimised the devastating impact of the attack. They failed to do so. There were a number of opportunities which were missed leading to this failure.

“Salman Abedi should have been identified on May 22, 2017, as a threat by those responsible for the security of the Arena and a disruptive intervention undertaken. Had that occurred, I consider it likely that Salman Abedi would still have detonated his device, but the loss of life and injury is highly likely to have been less.”

He added: “Across these organisations, there were also failings by individuals who played a part in causing the opportunities to be missed.”

The inquiry heard Abedi made three reconnaissance trips to the venue, adjoining Manchester Victoria railway station, before his fateful last journey and noticed a CCTV blind spot on the raised mezzanine level of the City Room.

Abedi, dressed in black, crouched down upstairs for nearly an hour, occasionally praying, before he walked down to the foyer.

A concerned Christopher Wild, waiting with his partner to pick up her daughter, earlier approached Abedi upstairs and said he asked him what was in his rucksack but he did not reply. When further pressed, Abedi told him he was “waiting for someone” and asked for the time.

Wild thought “nervous” Abedi looked out of place and raised his concerns at about 10:15 p.m. with Showsec steward Mohammed Agha, who was guarding an exit door, but told the inquiry he felt “fobbed off.”

It was another eight minutes before Agha relayed the concerns to colleague Kyle Lawler as the former had no radio to the security control room and did not believe he could leave his post, the inquiry heard.

In his report, Saunders said: “I am satisfied that there were a number of missed opportunities to alter the course of what happened that night. More should have been done.

“The most striking missed opportunity, and the one that is likely to have made a significant difference, is the attempt by Christopher Wild to bring his concerns about Salman Abedi, whom he had already challenged, to the attention of Mohammed Agha.

“Christopher Wild’s behaviour was very responsible. He stated that he formed the view that Salman Abedi might “let a bomb off.” That was sadly all too prescient and makes all the more distressing the fact that no effective steps were taken as a result of the efforts made by Christopher Wild.”

Saunders also noted that Abedi would not have been able to gain access to the City Room if the entrance perimeter had been moved away from the Arena as his backpack would have been searched.

Following the 2015 terrorist attacks in Paris some of SMG’s senior staff attended a conference in April 2106, where they were informed the AccorHotels Arena in Paris had responded by pushing out its security perimeter.

Saunders said “there can be no doubt” that after the Paris incidents SMG should have sought to push the Arena perimeter beyond the City Room.

Hearings at the public inquiry into the circumstances leading up to and surrounding the attack have been ongoing in the city since September last year.

A further report will follow on the emergency response and the experience of each of those who died, and finally an analysis of whether the atrocity committed by Abedi, could have been prevented.