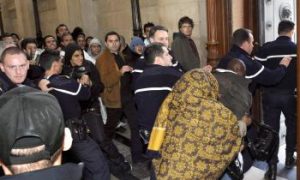 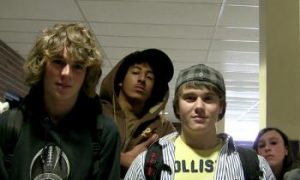 NEW YORK—New Yorkers may or may not like snow, but blizzards, like the one that shut down the city last month, are a burden and a hassle. After the storm is gone the snow piles up on the sidewalks and New York picks up the pace once again.

It's not only a temporary inconvenience however. In a dense urban area like New York City, snowmelt and rain can also have long-term effects, damaging water quality and the quality of life in the city. Storm runoff and snowmelt can cause the sewers, containing sewage, industrial wastewater, and pollutants to overflow, posing risk to humans and the environment.

New York, like many other cities, has a combined sewage system, explained Kate Zidar from Stormwater Infrastructure Matters (SWIM) coalition. “When the storm drains in the street and whenever you flush the toilet, the drain water goes to one set of pipes. If it's a small city it's not a terrible way to do things. In the case of most large cities there is a capacity issue,” said Zidar. When capacity is exceeded, the sewage is released untreated to local waterways, she added.

The project will create a storm-water bioretention and treatment zone within an existing grass-covered roadway median, meant to help improve harbor water quality in Jamaica Bay. The 13,000-square-foot bioretention zone is a below ground water-retention system made of vegetation, sand, and soil, which can absorb rainwater before it enters the sewer system, according to a description from the DEP.

The plan's measurable goals are to reduce CSO by 3.8 billion gallons per year, to capture 10 percent of the rainfall through green infrastructure, and to achieve the side benefits of green infrastructure like cooling the city, reducing energy use, increasing property values, and cleaning the air.

The plan has five key components: to build cost effective gray infrastructure; to optimize the existing water waste system; to control runoff from 10 percent of impervious surfaces through green infrastructure; to better manage the wastewater system through monitoring and measuring; to engage and enlist stakeholders, like community organizations and civic groups.

The Plan is “not committed fully to large scale investment in filtration [of storm water], which is what green infrastructure is commonly defined to be,” said Zidar. “It is a slight misnomer to brand that plan as a green infrastructure plan, but it is a start.” she added saying that she hopes this is the beginning of a transition to a more sustainable management of wastewater.

“When it comes to storm water we are just in the beginning,” said Zidar. ”With this mayor we saw a deeper commitment to environmental sustainability, [But] it takes time for cultural change.”