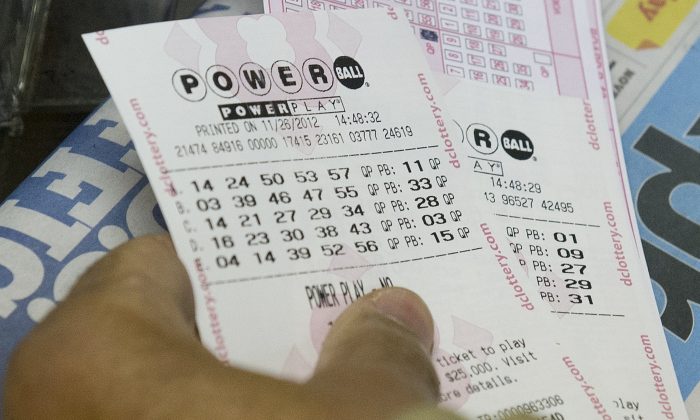 Man Wins $1 on Lotto Scratch Ticket, Wants Large Novelty Check and Gets One

A man won $1 in a lottery scratch ticket and requested a large, novelty check. And to his surprise, they honored his request.

Tyler Heep, of Iowa, drove down to the state lottery headquarters and wanted to be paid via the check.

Not all heroes wear capes.https://trib.al/SzmUOfg

“They decided to treat me just like a million dollar winner,” he told NBC13. “The guy came down the stairs and they took me into the back room where the camera was with the Iowa Lottery logo.

“Sure enough they wrote me the one dollar check and had me hold it up and took the picture,” Heep said.

Heep said he spent his winnings on a “half of a gallon of gas” a week ago.

Knudsen’s estate is listed with Craig Strong at Pacific Union International. The realtor said that Knudsen is moving because of his son, who suffers from a heart condition.

A California man was arrested earlier in January when he replaced a roommate’s $10 million lottery ticket with a fake one and tried to cash in on the winnings, authorities said.

The winner went home and shared the news with his two roommates, thinking he won only $10,000. The next day, he found the ticket was missing.

The case is unusual, said officials.

“We’ve seen lottery schemes in the past, but nothing of this magnitude,” Lt. Chris Polen of the Vacaville Police Department told CNBC.