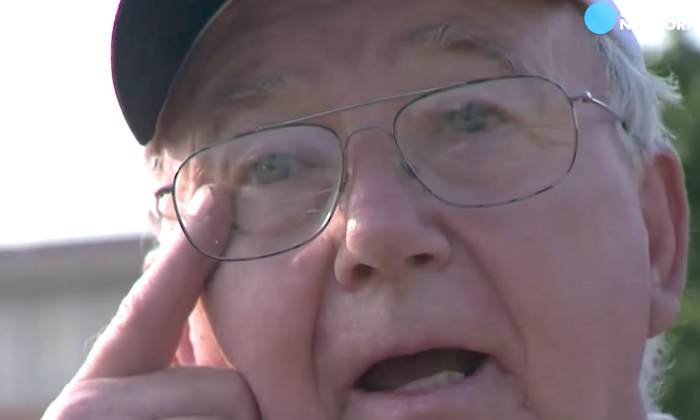 (Screenshot via USA Today/Youtube)
US

A man from Oregon City is warning others about the dangerous risks of looking at the sun without eyewear protection after he damaged his eyes permanently while looking at a solar eclipse.

It all happened 55 years ago. Back in 1962, Lou Tomososki was walking home from Marshall High School in Bend, Oregon, with his friend Roger Duval when they both stopped to watch the partial eclipse occurring in front of them.

For a few seconds, they looked at the sun without realizing it would permanently affect their vision down the road, TODAY reported.

Tomososki recalls seeing flashes of light while he was watching, similar to having a picture taken with a camera with a flashbulb. Those flashes would lead to permanent vision damage.

“We both got burned at the same time,” Tomososki told TODAY. “He got the left eye and I got the right eye.”

He said teachers warned him to use a pinhole projector box, (that creates a reflection of the eclipse) but he didn’t listen to their warning. Now the 70-year-old still struggles to see just using his right eye.

“We were just doing it for a short time,” he said. “I have a little blind spot in the center of my right eye.”

Tomososki shared his story to warn others not to look directly at the sun during the Great American Eclipse on Monday, Aug. 21.

“Millions of people out there are going to be looking out at it. … How many of them are going to say, ‘Something happened to my eyes?'” he told TODAY. “That makes me sick.”

The condition he experienced is called solar retinopathy, which is damage caused to the retina from looking directly at the sun, TODAY reported. It’s a pinpoint of blindness often in the middle of the eye.

“Nothing has changed,” he said. “It doesn’t get any worse or better.”