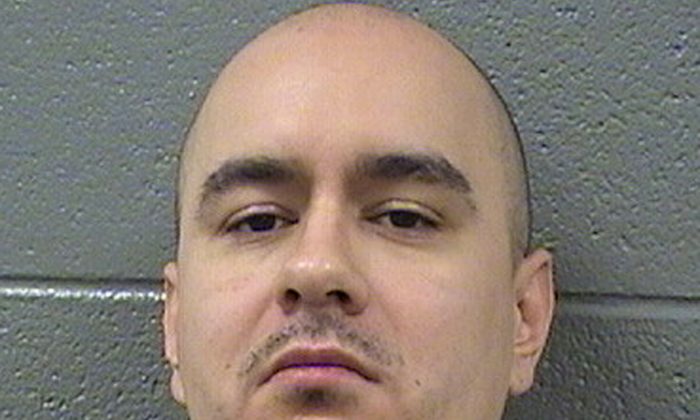 Man Who Returned to Crime After $25M Award Sentenced

CHICAGO—A Chicago man who used a $25 million settlement of his wrongful murder conviction lawsuit for purchases of guns, expensive cars and to rebuild his street gang is heading back to prison after a judge sentenced him to more than nine years on federal weapons charges.

The Chicago Tribune reports that at a hearing on Thursday, U.S. District Judge Harry Leinenweber sentenced Thaddeus Jimenez after watching a video—shot on an iPhone by his co-defendant from the front seat of Jimenez’s Mercedes—of Jimenez calmly shooting a former gang member in his legs. Both Jimenez and Jose Roman, who was sentenced to just over 7 years in prison, had previously pleaded guilty to the weapons charges. Both still face charges in Cook County related to the 2015 shooting.

Jimenez was 13 years old when he was charged as an adult in the 1993 gang-related shooting death of a 19-year-old man. He was convicted and sentenced to 45 years in prison, but in 2007, after two witnesses said that Jimenez had not fired the fatal shots as they previously claimed, prosecutors reopened the investigation and indicted another man. Jimenez was released from prison; the other man was later acquitted.

Jimenez sued the city and the police department and in 2012, a federal jury awarded him $25 million, one of largest police misconduct awards in city history.

Citing court documents, the Tribune reported that after Jimenez got out of prison he bought luxury items and spent tens of thousands of dollars to rebuild Simon City Royals street gang, doling out cash bonuses to recruit new members and paying members to tattoo the gang’s insignia on their faces. Police and prosecutors have said he posted on YouTube and Facebook videos that showed he and other gang members flash gang signs, brandish weapons and threaten violence against rival gangs and police.

His lawyer, Steven Greenberg, says that Jimenez suffered during his 16 years behind bars.