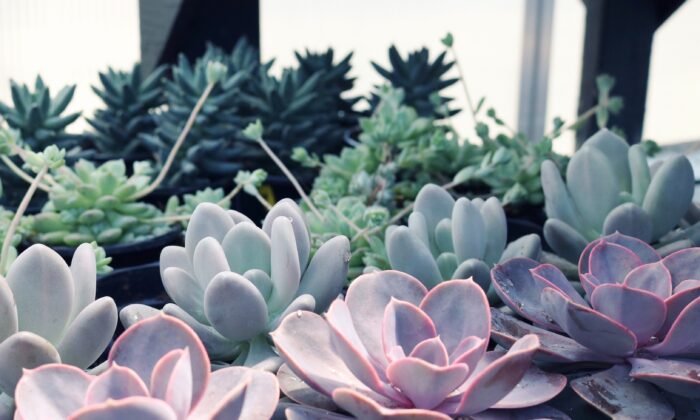 Succulents are a great choice for indoor spaces as they require little attention, and are very hearty. (Madison Inouye/pexels)
Southern California

LOS ANGELES—A South Korean national who was extradited to Los Angeles to face federal charges was sentenced to 24 months behind bars on Jan. 20 for trying to illegally export thousands of lotus-like succulents—worth more than $150,000, according to the U.S. Attorney’s Office—that he and two others pulled out of the ground at remote state parks in Northern California.

Byungsu Kim was also ordered to pay $3,985 in restitution to the State of California, according to the U.S. Attorney’s Office.

In the defendant’s plea agreement, he admitted he knew the taking of the Dudleya plants was unlawful and that he had conducted internet searches on his smartphone for “poaching succulents” and “dudleya.”

He also admitted he had read a press release regarding the arrest and convictions of three other Dudleya poachers, according to his plea agreement.

On Oct. 22, 2018, Kim and his co-defendants traveled from Northern California to a nursery in Vista, in north San Diego County, and unloaded the Dudleya plants that they had poached during the previous week.

The following day, the men traveled to Russian Gulch State Park in Mendocino County, where, wearing backpacks and using hand-held radios to communicate, they pulled additional Dudleya plants out of the ground before returning once again to the Vista nursery.

Prior to shipping the plants, Kim scheduled an inspection with a county agriculture official at the Vista nursery and falsely told her the government-issued certificate necessary for the plants’ exportation should list 1,397 Dudleya plants for export to South Korea and that the “place of origin” of the plants was San Diego County.

The defendants then transported the plants to a commercial exporter in Compton, to whom Kim intended to present the fraudulently obtained certificate so the Dudleya plants could be smuggled to South Korea.

When the defendants left, local law enforcement executed a search warrant at the cargo shipping company and found more than 3,000 Dudleya plants in boxes labeled “Rush” and “Live Plants.” These were the plants the defendants had pulled out of the ground from public lands in Northern California.

Kim admitted that at the time he and his accomplices engaged in the illegal conduct, they did not have a scientific permit nor a federal permit that would allow them to harvest Dudleya plants. He also admitted to being the scheme’s organizer.

Although California law enforcement officials had confiscated Kim’s passport following his arrest on state charges relating to his October 2018 conduct, Kim fraudulently obtained a new South Korean passport in January 2019 by falsely claiming to the South Korean Consulate in Los Angeles that he had lost his passport.

In May 2019, soon after Kim learned of the federal criminal charges pending against him in this case, he and co-defendant Youngin Back ran away to Mexico through the Tijuana-San Ysidro border crossing. Using his fraudulently obtained passport, Kim then flew with Back from Mexico to China, and then from China to South Korea.

Kim was arrested in South Africa in October 2019 for charges related to a similar scheme in which he illegally collected plants from protected areas in that nation to export to South Korea. Kim pleaded guilty to the criminal charges in South Africa and was extradited to the U.S. in October 2020. He has remained in federal custody since that time.

Co-defendant Bong Jun Kim pleaded guilty in July 2019 to one count of attempting to export plants taken in violation of state law. He served four months in federal custody and was released in October 2019 after U.S. District Judge George Wu imposed a sentence of time served.

Back remains a fugitive, according to the U.S. Attorney’s Office.

Joyce Kuo of The Epoch Times contributed to this report.