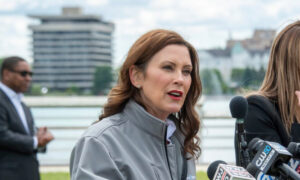 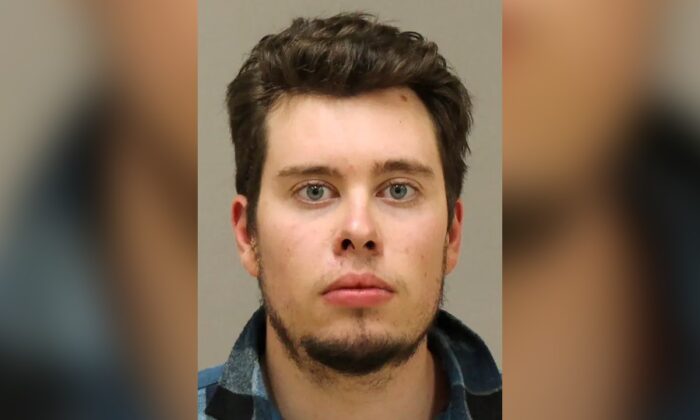 Ty Garbin, one of six people charged in an alleged plot to kidnap Michigan Gov. Gretchen Whitmer, is seen in this undated file photo. (Kent County Sheriff via AP File)
US News

A man who admitted his role in a plot to kidnap Michigan Gov. Gretchen Whitmer was sentenced to six years in prison on Aug. 25.

Ty Garbin received a significantly lower sentence due to his prompt decision to cooperate with prosecutors who were building cases against five other alleged conspirators.

Garbin is the first of the six alleged conspirators to plead guilty. He had admitted his role in the plot weeks after being arrested last fall. At the sentencing hearing, he apologized to the governor and her family.

“I cannot even begin to imagine the amount of stress and fear her family felt because of my actions,” Garbin, 25, said. “And for that, I am truly sorry.”

According to the plea deal, Garbin said he and five other men trained at his property in Luther, Michigan, where they built a house resembling Whitmer’s vacation home and assaulted it with firearms.

The prosecutors noted Garbin’s cooperation and recommended a nine-year sentence. U.S. District Judge Robert Jonker decided on a sentence of just over six years, explaining that he was convinced Garbin would stay out of trouble once released from prison.

The “Constitution is designed to ensure that we work out our fundamental and different views peacefully, not at the point of a gun, not with some other blunt force threat or a kidnapping conspiracy,” the judge said.

Both the defense and the prosecution praised Garbin’s willingness to admit guilt before the government revealed all the evidence after his arrest.

“He would come out and say, ‘We planned to do this and I was knowingly a part of it.’ He sat for hours answering all of our questions,” Kessler said.

Garbin’s attorney, Gary Springstead, told the judge his client “is going to be a star witness” against the other alleged conspirators. Springstead told reporters that Garbin “can tell what was in his mind at the time, which is that this wasn’t some fanciful plot. This was real. And he can tell the government why he believes other people had the same intent that he did and show them where to look.”

“Ty Garbin testified in front of the grand jury in support of the indictment that got him indicted. He is truly, genuinely, and sincerely sorry,” said Mark Satawa, another defense lawyer.

Whitmer wrote a victim impact statement to the judge, saying, “things will never be the same.”

“Threats continue,” she said in June. “I have looked out my windows and seen large groups of heavily armed people within 30 yards of my home. I have seen myself hung in effigy. Days ago at a demonstration, there was a sign that called for ‘burning the witch.’”

Last year, Whitmer put major restrictions on personal movement and the economy because of COVID-19, although many limits have since been lifted. The Michigan Capitol was the site of rallies, including rallies in which gun-toting protesters called for the governor’s removal.

Some of those accused in the plot, including defendants charged in state court, joined the protests. Prosecutors have said the ringleader initially talked of recruiting 200 men to storm the building, take hostages, and “execute tyrants.”