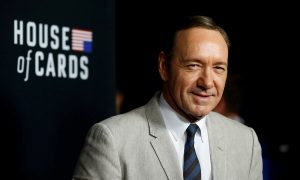 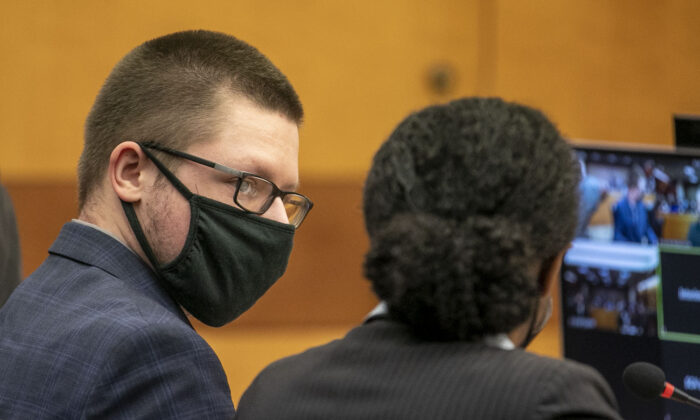 ATLANTA—A man accused of killing eight people at Atlanta area massage businesses who has already pleaded guilty in four of those killings appeared briefly in court Monday, but he did not enter a plea in the other four slayings.

Robert Aaron Long, 22, is accused of shooting four people to death at a massage business and shooting and wounding a fifth person in Cherokee County on March 16, and then killing four more people at two massage businesses in Atlanta. Six of the eight slain victims were women of Asian descent.

Long was scheduled to be arraigned Monday in Fulton County Superior Court on charges including murder, aggravated assault, and domestic terrorism in the Atlanta killings. Fulton County District Attorney Fani Willis has filed notice that she intends to seek the death penalty, as well as a sentencing enhancement under Georgia’s new hate crimes law.

The judge went through some preliminary steps and established that Long’s lawyers are qualified to handle a death penalty case. Then he said the hearing would continue Sept. 28, when the reading of the indictment and entering of a plea is expected.

The killings sparked fear and outrage among Asian Americans, who were already on edge because of increased hostility stemming from the coronavirus pandemic. Many have been upset by assertions that Long was motivated not by racial bias, but by the shame he felt from a sex addiction, which is not recognized as an official disorder.

Long pleaded guilty last month in Cherokee County to charges including four counts of murder and received four sentences of life without parole plus an additional 35 years.

Cherokee County District Attorney Shannon Wallace said during the hearing that investigators found no evidence of racial bias in the killings there. She noted the diversity of the victims and said Long walked through Young’s Asian Massage “shooting anyone and everyone he saw.”

If the case had gone to trial, Wallace said, she was prepared to seek the death penalty and would have argued Long was motivated by gender bias. But after conversations with survivors and families of victims, she agreed to a plea deal in the interest of swift justice and avoiding lengthy appeals.

In Atlanta, where all four of the victims were women of Asian descent, Willis said she believes the killings were based on bias-motivated by the gender and race of the victims. Calling it “one of the most horrific cases” to have occurred in Fulton County, Willis said her decision to seek the death penalty was made with the “complete support” of the victims’ families.

“Every person here is going to be valued, everyone is considered equal before the law, and I don’t ever want our victims to get lost,” Willis said during a news conference after Monday’s hearing. “These are all women who worked and lived and played in our community.”

Georgia’s new hate crimes law does not provide for a stand-alone hate crime. After a person is convicted of an underlying crime, a jury must determine whether it was motivated by bias, which carries an additional penalty.

Willis said the case could take a long time to prosecute and said the families understand that Monday’s court appearance marked the start of an “of a very long journey and a very long process.”

Long’s attorneys had reached out to her about the possibility of a plea deal, but Willis plans to continue to seek the death penalty, she said.

Long said during the hearing in Cherokee County he planned to kill himself that day and went to the massage businesses thinking the shame he felt from paying for sex acts would push him to do it. But while sitting in his car outside the first spa, he decided to kill the people inside.

After shooting five people at that spa in Cherokee County, he drove about 30 miles (48 kilometers) south to Atlanta, where he shot three women at Gold Spa and one woman across the street at Aromatherapy Spa, police have said.

He then headed south on the interstate, and authorities have said he intended to carry out similar attacks in Florida.

But his parents had called police after recognizing their son in images from security video posted online by authorities in Cherokee County. His parents were already tracking his movements through an application on his phone, which allowed authorities to find him and take him into custody on a south Georgia interstate.

Long told detectives he struggled with pornography and sex, and Wallace said during last month’s hearing that Long blamed the victims for his inability to control his impulses.