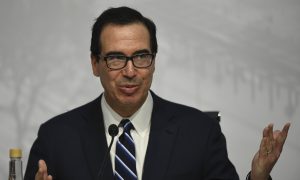 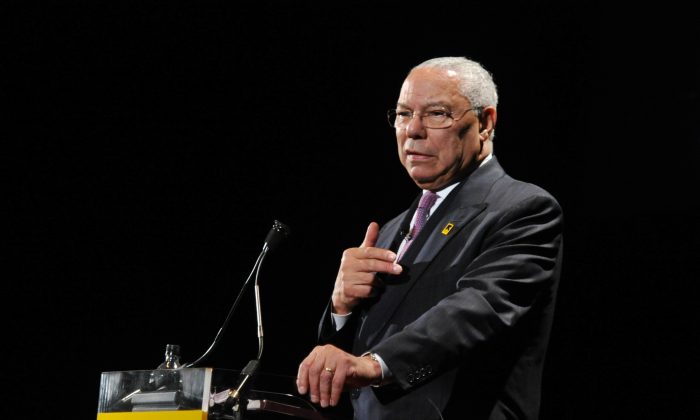 A man who lost his leg during the war in Afghanistan helped former Secretary of State Colin Powell change his tire in Maryland, he wrote.

Powell, a retired four-star Army general, got a flat tire near Washington as he was heading to Walter Reed Military Hospital for an exam when his left front tire blew out.

Powell, 81, said he couldn’t get the tire off because “it was cold outside and the lug bolts were very tight,” he wrote on Facebook.

Yesterday was a reassuring day for me. I was on my way to Walter Reed Military Hospital for an exam. As I drove along…

“I jacked the car up and got several of the bolts removed when a car suddenly pulled up in front of me. As the man got out of his car I could see that he had an artificial leg,” Powell wrote.

The man, he added, recognized him as the former Bush administration official.

“He said he recognized me and wanted to help me. We chatted and I learned that he lost his leg in Afghanistan when he worked over there as a civilian employee. He grabbed the lug wrench and finished the job as I put the tools away,” Powell added.

The man was identified as Anthony Maggert, who got a selfie photo with Powell. There were reports that Maggert was a veteran, but Powell stated that he was a civilian employee who worked in Afghanistan.

Powell said he got a text message from Maggert later in the day.

“Gen. Powell, I hope I never forget today because I’ll never forget reading your books. You were always an inspiration, a leader and statesman. After 33 years in the military you were the giant whose shoulders we stood upon to carry the torch to light the way and now it is tomorrow’s generation that must do the same. Anthony Maggert.”

Powell said he was moved by the message, and he sent one back to him in response.

“Thanks, Anthony. You touched my soul and reminded me about what this country is all about and why it is so great. Let’s stop screaming at each other. Let’s just take care of each other. You made my day,” the former general wrote.

It comes just days after a good Samaritan could be seen holding an umbrella for a deputy paying her respects to a slain officer in Alabama.

She didn't even know he was there!

Deputy Tiffany Dial told Birmingham’s NBC 15 that she had noticed people were taking photos of her.

“I didn’t know he was there,” she said. “My peripheral vision was cut off with my hat, so I didn’t know anything was there. I was in my moment.”

“I had an umbrella and she didn’t, and I’d like to think that had she been a deputy saluting, or had she been just a regular person that was standing there paying her respects like I was, that I would have shared the umbrella either way,” he told the outlet. “And I imagine that if I had not done it, that probably somebody else may have come up minutes after that and very well may have done the same thing.”

Meanwhile, in New York, a woman said a good Samaritan returned $10,000 to her, according to WCBS.

“Richard is an extremely honest person and what he’s done changed her perception of how people live in the United States,” her translator said.

“It pretty much wasn’t mine and I knew somebody was in a pretty bad shape at that point—was pretty upset so it was never any question about turning it in,” Taverna said.