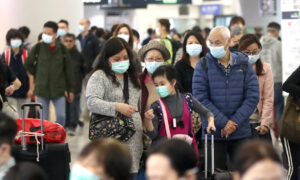 4 Cases of Coronavirus Confirmed in Australia
0 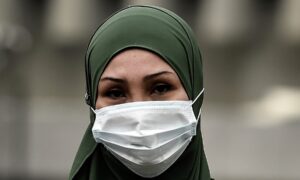 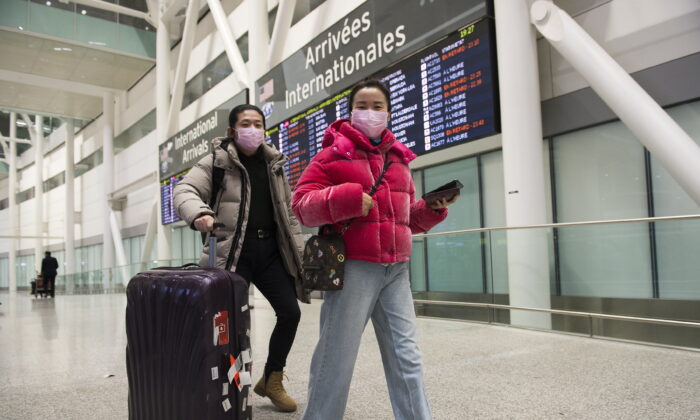 People wear masks as a precaution due to the coronavirus outbreak as they arrive at the International terminal at Toronto Pearson International Airport in Toronto on Jan. 25, 2020. (The Canadian Press/Nathan Denette)
Canada

TORONTO—A man in his 50s who travelled to Toronto from China earlier this week has become the first Canadian case of the new coronavirus, health officials said Saturday as they urged calm in the face of an international outbreak.

Still, officials said they were taking all precautions to keep people safe, interviewing all those who were in contact with the man between Wednesday, when he landed in Toronto, and Thursday, when he went to hospital.

“The risk to Ontarians is still low and things are managed and well-controlled,” Williams said. “As I hoped, the system is operating as it should.”

Williams said provincial authorities are also working with their federal counterparts to contact people who sat within a few rows of the man on the plane he took to Toronto, but he noted that even those people shouldn’t worry too much.

“You have to be more than just casually walking by someone,” he said.

He added that the widely available information about the illness appears to have contributed to the early detection of this case.

“The individual, knowing his responsibility, when feeling unwell, even without having really severe symptoms, was concerned enough and informed prompt enough,” Williams said. “That just tells you that people have knowledge of it, they want to take proper precautions to protect their health and protect their family members and others.”

His deputy, Dr. Barbara Yaffe, said the positive test result came in on Saturday afternoon, two days after the patient called 911 to report feeling ill. As of Saturday evening, he was in stable condition in a negative pressure room, which is used in hospitals to contain airborne contaminants.

“The emergency service was aware of his travel history and used full precautions,” she said, noting he had spent time in Wuhan, the virus’s epicentre.

The news of Canada’s first coronavirus patient comes as authorities around the world grapple with the new type of virus, which originated in China but has since spread to Europe and North America.

Scores of people have been infected, including three cases in France and two in the United States.

While dozens have died of the virus in China—most of the deaths have been older patients—the World Health Organization has not declared the outbreak an international public health emergency.

Toronto Mayor John Tory stressed in a statement following news of the city’s first coronavirus case that health officials have made it clear the risk continues to remain low. He also praised the city’s public health officials for their quick response.

“Our front-line health-care workers are the best in the world and have procedures in place to keep people safe,” Tory said.

“The Government of Canada has been working closely with provincial and territorial counterparts, and international partners, since China first reported 2019-nCoV cases to ensure that our country is prepared to limit the spread of 2019-nCoV in Canada,” she said.

The new virus comes from a large family of coronaviruses, some causing nothing worse than a common cold. But in late 2002, a coronavirus named severe acute respiratory syndrome erupted in southern China, causing a severe pneumonia that rapidly spread to other countries. SARS infected more than 8,000 people and killed nearly 800, including 44 Canadians. Toronto was hard hit in that outbreak.

In 2012, another coronavirus dubbed Middle East respiratory syndrome began sickening people in Saudi Arabia. MERS is still prevalent, causing small numbers of infections each year. The World Health Organization has counted nearly 2,500 cases in the Middle East and beyond, and more than 850 deaths.

SARS and MERS came from animals, and this newest virus almost certainly did, too. The first people infected visited or worked at a seafood market in the Chinese city of Wuhan, which has been placed under quarantine since the outbreak.

Bustling streets, malls and other public spaces have turned eerily quiet, masks are mandatory in public, and some hospitals have run low on medical supplies. Transportation has also been shut down in roughly a dozen Chinese cities, home to roughly 36 million people.

Canadian officials have said such mass quarantines won’t happen here, even if there is an outbreak.

It is not clear how lethal the new coronavirus is or even whether it is as dangerous as the ordinary flu, which results in 12,200 hospitalizations and about 3,500 deaths in Canada yearly.

The federal government has beefed up measures at major airports in Toronto, Vancouver, and Montreal, asking travelers whether they had been to Wuhan in the past 14 days, with a positive response triggering further investigation.