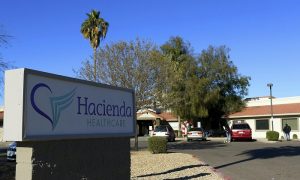 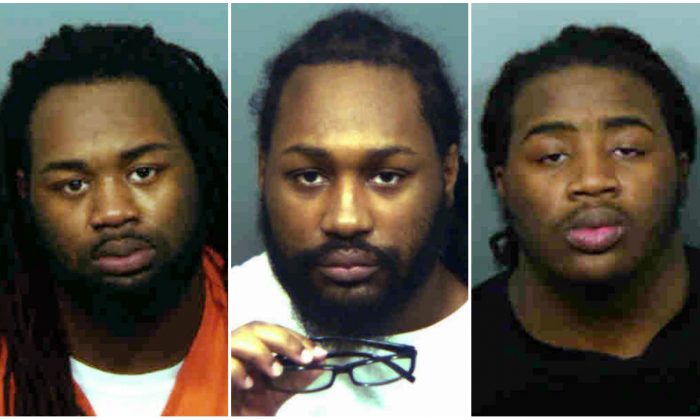 Man Who Fired on Police Station Sentenced to 195 Years

A gunman whose attack on a Maryland police station led to the friendly-fire killing of an undercover narcotics detective was sentenced Jan. 10 to decades in prison.

Ford’s two younger brothers, Malik and Elijah Ford, drove him to the police station and videotaped the March 2016 shooting with their cellphones. They pleaded guilty to related charges and were sentenced to 20 and 12 years in prison, respectively.

Colson exchanged gunfire with Ford before a fellow officer fatally shot the plainclothes detective, mistaking him for a threat.

Ford testified he was trying to get himself killed by police when he fired his handgun nearly two dozen times outside the station. He said he didn’t intend for anyone else to be harmed.

County prosecutor Joseph Ruddy argued Ford’s actions created a “combat zone” and caused Colson’s death even though he didn’t fire the fatal shot. Ford didn’t hit anybody when he fired 23 shots from a handgun, but bullets he fired struck two passing vehicles and an ambulance, according to Ruddy.

“That was no suicide mission. That was a mission to kill cops,” the prosecutor said during the trial’s closing arguments.

Officer Taylor Krauss testified that he never saw Colson hold up a badge or heard him identify himself as a police officer before shooting him once in the chest.

Ford’s brothers recorded cellphone videos of the ambush after dropping him off at the station in Landover, a suburb of Washington, D.C. They agreed to film the shooting so the video could be sent to WorldstarHipHop.com, a website known for posting users’ violent videos, a police detective testified in 2016.

One of the videos shows Ford screaming obscenities and shouting, “Do something!” in between shots. Ford, then 22, also dictated his last will and testament on video minutes before his brothers dropped him off at the station.

Ford said he was hearing voices in his head on the day of the shooting. He said he retrieved a gun from a safe in his car and held it to his head.

“I couldn’t pull the trigger,” he testified at trial.

Hill ruled before the trial that Ford couldn’t present an insanity defense despite his serious mental health issues.

Ford is black, and so was Colson; Krauss is white. Colson and Krauss had worked in the narcotics unit together and sat at connecting desks.

Antoini Jones, Ford’s attorney, told jurors that Colson didn’t match the gunman’s description apart from his race. At the start of the trial, Jones said the evidence would show the detective was shot “because he was black.”

Colson was a 28-year-old native of Boothwyn, Pennsylvania.