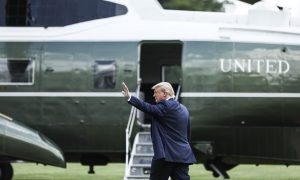 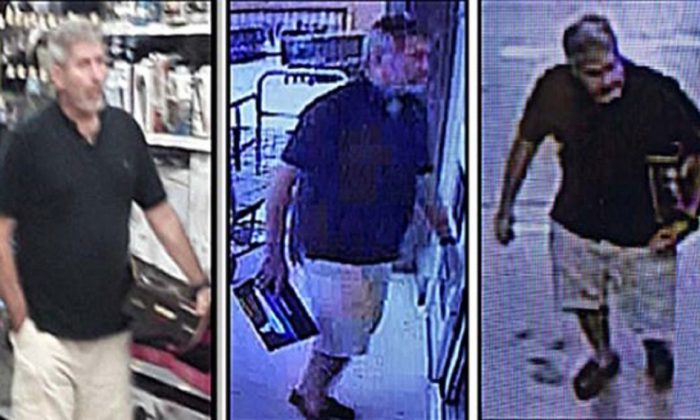 A man approached a clerk at a Florida Walmart on Aug. 7, 2019, inquiring about a weapon that would "kill 200 people" (Port St. Lucie Police Department)
Crime and Incidents

A man who asked a Walmart clerk in Florida for a weapon “that would kill 200 people” was identified as an anti-gun activist who co-founded the Washington chapter of “Gays Against Guns.”

Attey posted a link on his Facebook to an article about police searching for the man who made the inquiry, writing “YES … THIS WAS ME.”

“I was making a political statement. Walmart, what say ye? Can you guarantee that the guns you sell won’t be used to take human life? And if you cannot … STOP SELLING THEM!” he wrote.

“What I did last night in Walmart was in poor taste,” said Attey, who lives in Washington and used to work for the Human Rights Campaign, identifying himself as a “longtime gun violence prevention activist” who is “trying to figure out what to do with the next stage of my life.”

“I’m in a Walmart a few days after El Paso and I’m seeing a white nationalist-looking guy purchase a gun. And I got mad, and I confronted the sales clerk and just asked a simple question,” Attey added.

“And I spoke with the manager afterwards, he knew that what I was doing wasn’t an intent [sic] to harm anyone. It was to get them to wake up and think about their role in the gun violence toxic climate that we have.”

Attey later said that he “just lost it” when he saw the man buying the gun. Pressed on saying “white nationalist-looking guy,” Attey was unable to provide details supporting the description.

He did not apologize for his actions and admitted he “didn’t know where Walmart is on all their policies” regarding guns.

Asked if he owns a gun, Attey said: “No, I’m very much a Christian.”

Phil Attey says he only asked Walmart clerk in Port St Lucie about a gun to kill people to make an anti gun statement. He admits now it was not good judgement. pic.twitter.com/HYgEUNiEa9

The Port. St. Lucie Police Department have not charged Attey as of yet, but did not rule out doing so in the future, reported CBS Miami.

“I think we’re in a day and age when you can’t take any comment like that lightly and we encouraged people to bring anything to our attention,” Assistant Chief Richard Del Toro told the broadcaster.

In another interview, the police official said that Attey has rights like all Americans but shouldn’t have said what he said.

“Obviously you do have a first amendment right but there’s a right way and wrong way to do things,” Del Toro told WPTV.

“He got a reaction. He got a lot of people concerned,” Sgt. Robert Vega, police spokesman. told Treasure Coast Palm. “He got police involved and we spent many hours trying to track down this individual to determine what his motives were.”

“Detectives are still looking into whether or not charges are going to be filed,” Vega added. “They need to review the case. They’re not really sure exactly what direction it’s going to go in.”

Vega said Attey “has a platform which he’s trying to get out.”

“The means in which he’s going about his platform is something that we don’t recommend,” Vega said. “It brought a lot of concern to not only the civilian shopper but also the people at Walmart and also local law enforcement.”

St Lucie Police say the man who asked a Walmart clerk about a gun to kill people, has been located and found not to be a threat. pic.twitter.com/gPR1eMCVOI

Before Attey was identified, police had issued an alert with surveillance images of the man, saying he approached the clerk on Aug. 7 and “inquired about purchasing a weapon that would kill a large amount of people.”

According to a police report, the man asked the clerk: “Can you sell me anything (or a gun) that would kill 200 people?”

The clerk responded, “That isn’t funny.”

“I know,” the man said, before inquiring again about the weapon.

The suspect was described as a white male between 50 and 60 years old, with grey/black hair and a goatee, and wearing a short sleeve black shirt, colored shorts, and a black watch on his left wrist.