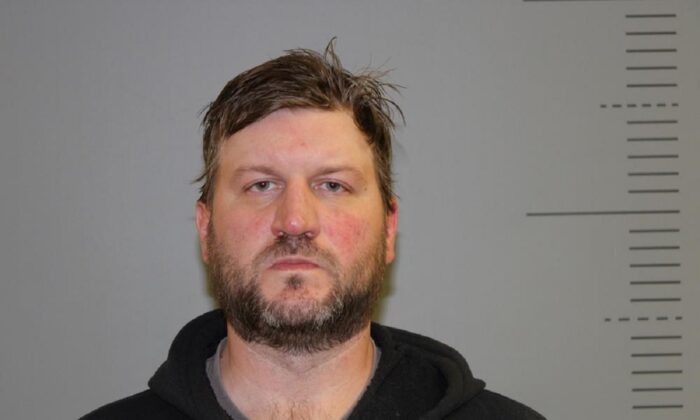 Shannon Brandt in a mugshot. (Stutsman County via The Epoch Times)
Crime and Incidents

A man who has admitted to running his vehicle into a teenager who he claimed was an extremist Republican was released on bond in North Dakota this week even though the teen passed away.

Shannon Brandt, the man, posted $50,000 bond on Sept. 20, according to Foster County jail records and a bond receipt.

Brandt was charged with criminal vehicular homicide and driving while under the influence-involving death/injury after striking Cayler Ellingson, the teenager, in McHenry on Sept. 18, according to court records obtained by The Epoch Times.

Brandt admitted “that he hit the pedestrian and that the pedestrian was part of a Republican extremist group,” according to a probable cause declaration penned by a North Dakota state trooper.

“There is no evidence to support the claim Brandt made about Ellingson,” he said. “This remains an active investigation and as evidence is gathered and reviewed, we will consult with the Foster County State’s Attorney to determine if Brandt’s current charges will remain as currently charged or if additional charges will be brought against him.”

Brandt called 9-1-1 after initially leaving the scene of the crime.

At Brandt’s home, the man admitted to a trooper that he had drunk alcohol prior to the incident. Results from a chemical breath test returned above the legal limit.

Christopher Allen, a state trooper, told the North Dakota District Court that a 2003 Ford Explorer at Brandt’s residence has damage at the front end.

Ellingson was pronounced dead at the Carrington Hospital.

Brandt was charged with a Class A felony and a Class B felony. He faces up to 30 years in prison if convicted.

North Dakota Judge James Hovey decided to grant $50,000 bail to Brandt. The defendant was not pleased, claiming he was not a flight risk.

“I have a job, a life and a house and things I don’t want to see go by the wayside—family that are very important to me,” Brandt told the judge, WDAZ-TV reported.

Foster County State’s Attorney Kara Brinster declined to comment beyond a Wednesday press release in which she said that the case is still being investigated and that Hovey set the bail.

Hovey also ordered Brandt to wear an ankle monitor, not to leave the state, and not to make contact with Ellingson’s family.

The next court appearance is scheduled for Oct. 11.

North Dakota Attorney General Drew Wrigley has indicated he is not involved in the case.

Nicole Geiszler, who says she is a family friend of the Ellingsons, launched a fundraiser for them following the death of their son.

Geiszler called Ellingson a “young man with his whole adult life ahead of himself.”

“So much stripped away from himself and from his family. hey now have to endure a path no parent wants, no parent should have to endure,” she wrote on GoFundMe. “His innocent life he had yet to look forward to and live for. His parents will never see their young son graduate college, get married or have grandchildren. It’s all come down to thee (sic) worst nightmare or call any of us parents want or should ever have to go through.”

According to the declaration, Ellingson’s mother met with state troopers and said she was going to pick up her son from McHenry when he called her and said that “‘he’ or ‘they’ were chasing him.”

After that, she could not reach her son.