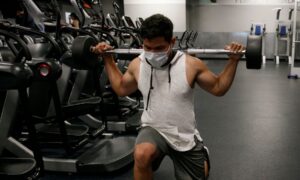 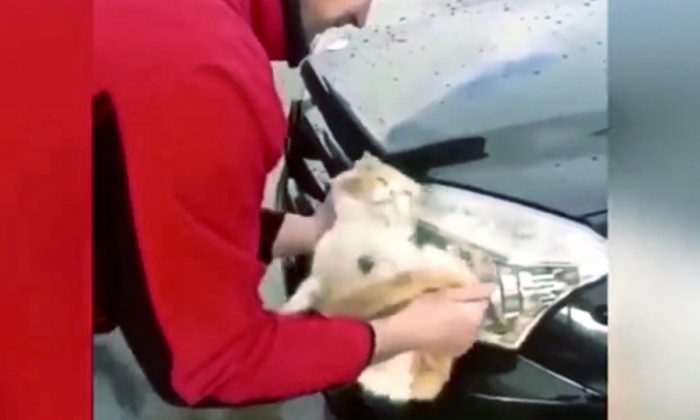 A man in Russia was filmed using a cat as a sponge to wash his car.

He wipes the cat across his hood, and dunks him in a bucket of water, just as if he is using a sponge. He and his friend laugh heartily. He reportedly says “It’s perfect for polishing the headlights,” according to Metro. The cat is a stray which he was punishing for jumping on his car, Metro reported.

The man decided to pick up the cat after he saw it sleeping under his Mercedes-Benz, in southwestern Russia, according to Daily Mail.

“He loves it,” said the man recording the video, according to Metro.

After the video clip became a hit, the cat wiping culprit in Krasnodar, Russia, deleted his Instagram account. Online commenters skewered him, and some called police, according to Metro.

Local TV station Kuban24 said that police have begun an investigation into the incident, according to Metro.

If convicted the man could face a sentence of up to three years, Metro reported.

Copies of the video were obtained before it was deleted are still being shared on social media. The response is mostly sadness or outrage.

“Someone should wipe the car bonnet with the man’s own face,” said Dyadya Dima in a social media comment, according to Mirror.

“He could afford a Benz and not a Towel, what a Loser!” said Toby Mendelsohn, via The Daily Kitty Cat’s Facebook post of the video.

“This just ruined my day. I feel devastated just by looking at the poor cat,” added Katelyn Diane Ybañez Ayop, via the same post.