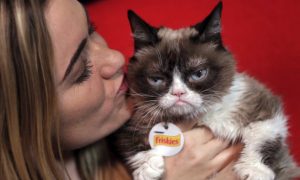 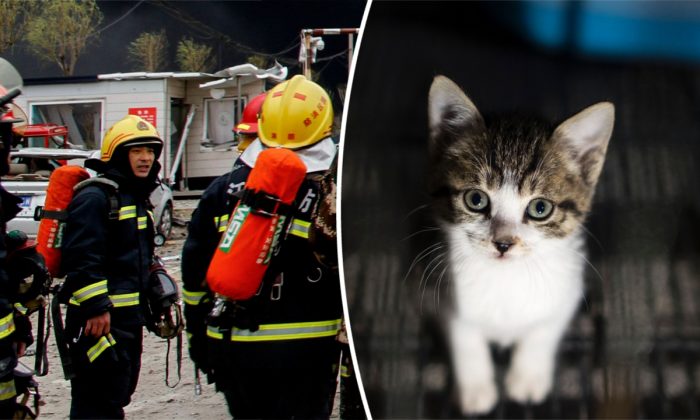 Man Suspects Something Creepy and Slithery in His Roof, Firefighters Find Something Cute and Cuddly

A man called the fire department to inspect his house when he believed that a snake was crawling through his ceiling. However, the firefighters found something much less dangerous, and much more soft and cuddly, according to a video shared by the fire department on Chinese social media.

The firefighters removed three baby kittens from the ceiling of a man’s house in Shanghai, China, on June 16.

The kittens were given away to other people to raise on their own in the housing district in that area.

One of the firefighters recorded a video of the process—the others can be seen hammering and chipping away at the ceiling panels.

The video begins with the firefighters confirming with the homeowner what he suspects to be hiding in his room. “There’s a snake up in your ceiling, right, maybe?”

The cameraman then steps up onto a chair, and peers into the hole in the ceiling. With his flashlight, he slowly raises his head up into the hole, finally to make the discovery.

“It’s not a snake,” the firefighter says in the video. One of the other men off camera asks, “What is it?”

“Do you want to look?” the firefighter with the flashlight asks.

All the other men were surprised.

The three kittens, mostly white with patches of orange and gray, were found huddled together in the corner of the walls of the ceiling panels.

Several more panels were pulled down, and the firefighter reached up to grab the kittens one by one.

One voice, who may have been the homeowner, asks to check if the mother cat is around. But she was nowhere to be found.

The fire department said that the paneled section of the ceiling has a vent for the fans in the bathroom, according to The Beijing News. They said that it was likely a stray cat came in through the ventilation port and had her kittens inside.

After the three kittens were taken down, the firefighters gave them to other people living in the area to raise as their own, according to The Beijing News.