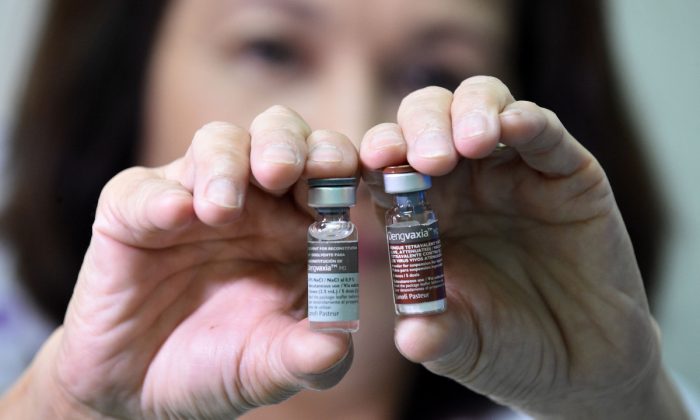 A woman has reported her ex-husband for allegedly attempting to poison her with prescription hormones while they were still married, according to Chinese news outlet the Beijing Times.

The woman, surnamed Liu, suffered a variety of odd medical conditions just after her marriage and moving in with her husband in October 2016 in an undisclosed location in China, according to the Beijing Times. They got a divorce in 2017.

Liu shared her story on Chinese social media on July 13.

Liu told the Beijing Times that her ex-husband admitted to using the hormonal drugs on her. “He has given me all these different reasons about how he used them wrong,” Liu said. “I said to him, ‘you used this medicine for murder’.”

Liu has recovered from many of the medical symptoms that she suffered. Her ex-husband is being investigated.

Both Liu and her ex-husband work in the medical field. Shortly after they got married, Liu started experiencing strange symptoms. “After we got married, I found that both the water and milk [I drank] had a flavor,” Liu told the Beijing Times. “He said that I thought he had tried to poison me.”

“He said it like that, I thought he was joking.”

After being married for five days, Liu described other symptoms like insomnia and difficulty falling asleep, followed by blurry vision.

The symptoms didn’t stop there. “I kept getting examinations and then my whole body started to have spasms,” Liu told the Beijing Times. “This all started happening within half a year [of getting married].”

Liu had many medical examinations, visiting various specialists at three different hospitals. She said her husband accompanied her for every trip. “Every single doctor asked me if I had used hormones, I didn’t know and I completely denied it.”

“Then he suggested getting a divorce. My mom thought that since I was getting sick, he was abandoning me,” Liu told the Beijing Times. “My mom said that I should just get a divorce if I really wanted to because my husband is unreliable. My family was really sad.”

After the divorce in 2017, Liu and her family moved her things out of her husband’s house. At an unspecified time, when Liu’s mother was cleaning out one of the cabinets that they moved, she came across the stash of prescription drugs.

Liu’s family then reported the discovery to the police.

81 different bottles of hormones had been purchased, Liu told the Beijing Times. One of the hormones found was Dexamethasone. This is a prescription drug used for treating inflammation, according to the Mayo Clinic.

“He admitted that he broke medical rules and administered medicine at home, and admitted to influencing me this way, and also admitted to misusing medicine,” Liu told the Beijing Times. “But he wouldn’t admit to attempting to kill me.”

Liu said that her husband has made various excuses about secretly administering the hormones, and that he didn’t use large amounts.

“So why did I always feel faint when I went to work? I couldn’t find the reason then. But now I’ve recovered very well, other than having a lot of stretch marks on my body.”

Liu’s husband is under investigation.