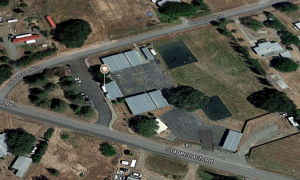 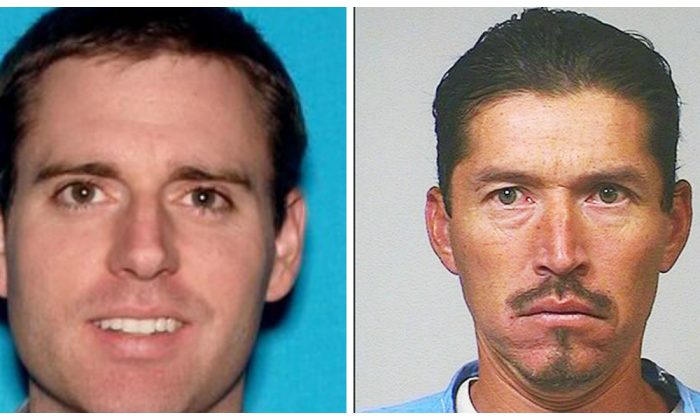 L:Tristan Thomas Beaudette (L) who was camping with his two children in Malibu Creek State Park was murdered on June 22, 2018. R: Anthony Rauda, was charged in the murder of Tristan Beaudette.(California Department of Corrections and Rehabilitation via AP, Los Angeles County Sheriff's Department)
Southern California

A man accused of killing a father who was camping with his two children in Malibu Creek State Park last June was charged with multiple crimes on Jan. 7, including murder, attempted murder, and burglary, the Los Angeles County District Attorney’s Office announced in a statement.

The suspect, 42-year-old Anthony Rauda, is linked to a series of shootings and burglaries in the area over the past two years, according to the statement from the DA’s Office.

One of the shootings that occurred on June 22, 2018, led to the death of Tristan Thomas Beaudette, who was camping with his two daughters in the state park. Beaudette died from a gunshot wound to the head while his two daughters—aged 2 and 4—were not injured.

The statement said that four days before Beaudette was fatally shot, Rauda allegedly shot at a Tesla on Las Virgenes Road with no one injured.

Authorities also said Rauda was suspected of committing multiple shootings in the area two years ago.

In November 2016, a man was shot in the arm while in the park. A few days later, a parked vehicle was shot at in the park sleeping area.

Authorities believe these two cases together with another three shootings that took place in 2017 were all related to Rauda, who was arrested last October while authorities were searching for a suspect in a string of burglaries in the Malibu Canyon.

Rauda was captured carrying a rifle when he was walking in the brush in the park. Authorities said he matched the description of the suspect in several burglaries and took him into custody after a few hours.

Authorities said eight burglaries occurred in the area over the past two years. In each case, officials found that only food was stolen and the time of the burglaries was ranged between 2 to 5 a.m.

A surveillance video in one of those crimes captured Rauda carrying a rifle and wearing “tactical gear,” according to the City News Service. The authorities thus determined the suspect could live in the wilderness and conducted large-scale manhunts in the area, which finally led to Rauda’s arrest.

Rauda reportedly had seven prior convictions for weapons violations in 2006 and a history of being arrested for committing burglaries, according to the authorities.

Rauda is now charged with one count of murder, 10 counts of attempted murder, and five counts of second-degree burglary. If convicted as charged, Rauda faces a maximum sentence of life in prison. His arraignment is scheduled for Jan. 22.

The Sheriff’s Department issued a statement on Monday, saying that investigators believe Rauda acted alone since no similar crimes were reported since his arrest.

1 of 3 – Statement from #Calabasas Mayor David Shapiro – Along with my fellow Councilmembers, I am very pleased to hear that a suspect has been arrested and charged in connection with the fatal shooting of Tristan Beaudette as well as other shootings at @LHSLASD @LASDHQ

“Along with my fellow councilmembers, I am very pleased to hear that a suspect has been arrested and charged in connection with the fatal shooting of Tristan Beaudette as well as other shootings at Malibu Creek State Park, adjacent to the City of Calabasas,” Calabasas Mayor David Shapiro wrote in a tweet.

“Our thoughts are with the family of Mr. Beaudette,” he continued, “And we applaud the efforts of our local law enforcement agencies. Detectives worked diligently to build a strong case before charging and arresting Anthony Rauda with overwhelming evidence that will aid in a conviction. We are hopeful that this brings a sense of relief to our community.”

The City News Service contributed to this report.