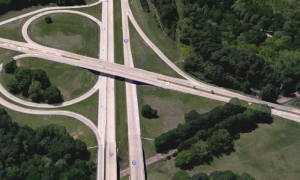 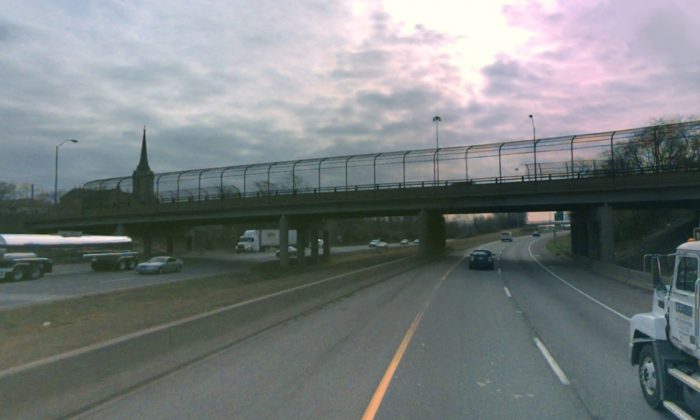 This overpass—Indiana Avenue over the southbound lane of I-75 in Toledo—was the site of the lethal assault. (Screenshot—Bing Maps)
Crime and Incidents

A Michigan man is dead, a victim of a sandbag tossed from a highway overpass in Toledo, Ohio, by a group of teenagers.

Marquise Byrd, 22, of Warren, Michigan, was riding in the passenger seat of a friend’s car when he was struck by a sandbag thrown off the I-75 overpass at Indiana Avenue on Dec. 19. The sandbag shattered the windshield and struck Byrd in the head.

Police responded to an emergency call at about 10:10 p.m. on Dec. 19. They found the car stopped on the side of the interstate.

Four Ohio teens were arrested and charged with felonious assault. They remain incarcerated in the Lucas County Juvenile Justice Center.

Police said the four had been throwing various items, including the sandbag, onto traffic passing below.