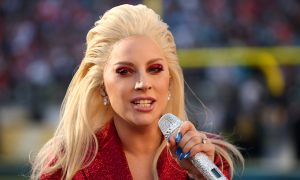 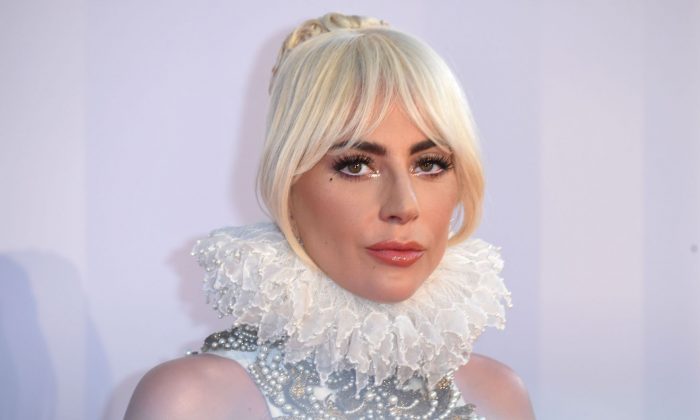 HOLLYWOOD—A search was under way Feb. 25 for the assailants who shot a dog-walker in Hollywood and made off with two French bulldogs owned by pop star Lady Gaga, who is offering a reward for the return of the animals.

The shooting occurred about 9:40 p.m. Feb. 24 in the 1500 block of North Sierra Bonita Avenue, according to the Los Angeles Police Department. The wounded dog walker was taken to a hospital in unknown condition, police said.

Police did not name the victim, but friends identified him as 30-year-old Ryan Fischer.

Fischer was walking three of Lady Gaga’s dogs at the time, and the attackers made off with two of them, named Koji and Gustav. A third dog, a black French bulldog named Miss Asia, was recovered.

TMZ obtained surveillance video that captures the shooting, apparently from a home security system on Sierra Bonita Avenue. The video shows Fischer walking on the sidewalk when a white sedan pulls up and stops in the street, with two people jumping from the back seat and saying, “Give it up.”

A struggle ensues, and one gunshot can be heard, prompting Fischer to fall to the ground, screaming. The assailants each grabbed one dog and got back into the rear seat of the car, leaving Fischer on the ground yelling for help.

The black bulldog, Miss Asia, is seen on the video running back to Fischer on the ground after the assailants’ vehicle disappears from view.

Lady Gaga, who is in Italy filming a movie, has not spoken publicly, but multiple outlets reported she is offering a no-questions-asked $500,000 reward for the return of the dogs, and tips can be emailed to kojiandgustav@gmail.com.

The singer’s father, New York restaurant owner Joe Germanotta, told the New York Post the family is “just sick over it. It’s really horrible. It’s like someone took one of your kids.”

He told Fox News that Fischer is a friend of the family, and he asked for the public’s help to “catch these creeps.”

“Horrible people in L.A.,” Germanotta told the station. “Shooting someone in order to steal dogs is wrong.”