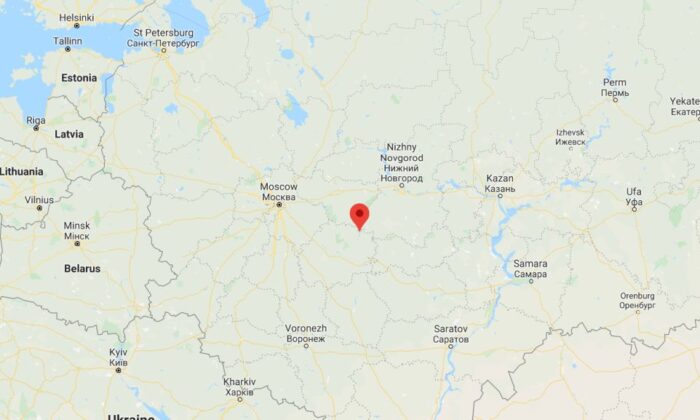 Man Shoots, Kills 5 People for ‘Talking Too Loud’ in Russia

A man was arrested in Russia on suspicion of shooting and killing five people for “talking too loud” amid Russia’s CCP virus lockdown, according to investigators.

The suspect was arrested over the weekend after he argued with his neighbors while he stood on the balcony of his apartment, the Russian Investigative Committee told state-run TASS. The incident took place in Yelatma in western Russia, which is under a stay-at-home order.

It added that four men and one woman were found dead, the outlet reported.

“The incident occurred in the settlement of Yelatma in the Ryazan Region. A man opened fire on his neighbors in a three-story building, five of them were killed,” the department said, TASS reported.

TASS added that a gun was found in the man’s apartment, and it claimed the “cause of the crime could be domestic conflict.”

The suspect later confessed to committing the crime, according to other news reports.

Yelatma is located about 200 miles west of the capital, Moscow. Last week, Russian President Vladimir Putin extended a stay-at-home order for all of Russia until the end of April.

“We have not passed the peak of the epidemic in the world and in our country yet,” Putin said on April 2. “Due to this, I have decided to prolong the nonworking days through April 30.”