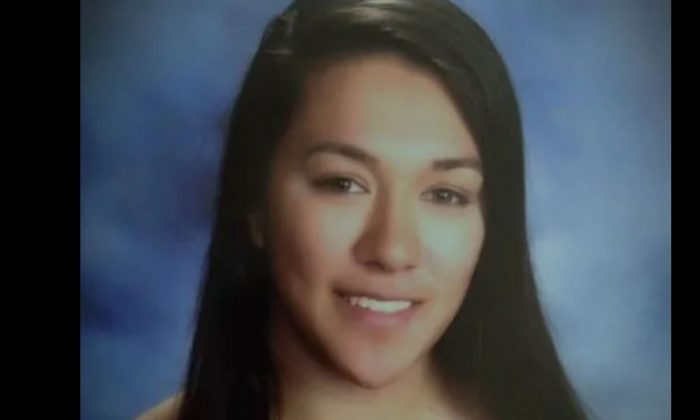 A New Jersey man set a timer before killing his female classmate, according to secretly recorded video footage that was shown in court.

Liam McAtasney is on trial for murder after he allegedly killed Sarah Stern in 2016.

The footage was recorded by Anthony Curry, a friend of the defendant, “at the behest of police,” reported the Asbury Park Press. McAtasney told Curry that he plotted how to kill Stern and get away with it. One aspect of the plot was spending time with Stern, 19, to make them look like better friends than they actually were, which he hoped would deflect suspicion from him.

WARNING: Video contains descriptions that could be disturbing to some.

Six months after plotting the murder, he carried it out in December 2016. McAtasney told his friend that he set a timer on his phone before killing Stern but that he lost the phone at her house. “I had timed everything out,” he said.

The 5 most disturbing quotes from confession video of Liam McAtasney played at his trial in killing of Sarah Stern https://t.co/A9f58mBK3T

After he went to work that day, he returned with another friend, Preston Taylor, to dispose of the body. He then drove her car with her body in the passenger seat to a bridge, where he and Taylor hurled the body over the side. Curry sat on the witness stand as the video confession, which showed McAtasney clearly while he spoke, played for the crowded courtroom.

Curry said he went to the police after receiving a disturbing Snapchat message from McAtasney about a month after Stern went missing. About a week before she went missing, McAtasney allegedly told him he was going to kill Stern and rob her but Curry said he didn’t take that statement seriously at the time.

“He told me he was going to meet up with Sarah, she had found this money,” Curry testified Thursday, reported the New Jersey Advance Media. “They were going to count it together. He was going to choke her, choke her out. Bring her to the bridge, throw her off and Preston was going to drive the escape vehicle. And they were going to bury the money, and leave the keys in the ignition and make it look like she killed herself.”

Police officials instructed Curry to meet with Stern and record the conversation, hoping for an admission of guilt. Curry, a filmmaker, called his friend and asked for a loan to buy a new camera, claiming he’d dropped his camera in a bucket of blood on a movie set.

McAtasney declined but asked Curry to meet with him. The conversation at the meet was recorded and included the confession.

McAtasney’s attorney, Carlos Diaz-Cobo, claimed that the story McAtasney told was not a confession but an attempt to impress Curry.

“The statement to Anthony Curry is not a confession,” Diaz-Cobo said. “It’s an elaborate lie, it’s an audition. It’s a script. It’s not true. … A young, immature boy decided he was going to use this unfortunate disappearance and make up this story.” [epoch_social_embed]

He tried to provide evidence of the claim by asking Curry during cross-examination if McAtasney had ever given him movie ideas in the past.

“We talked about movies all the time,” Curry said. “I never filmed any of them.”

He also said that McAtasney had made things up to him in the past. Stern’s body has never been found.