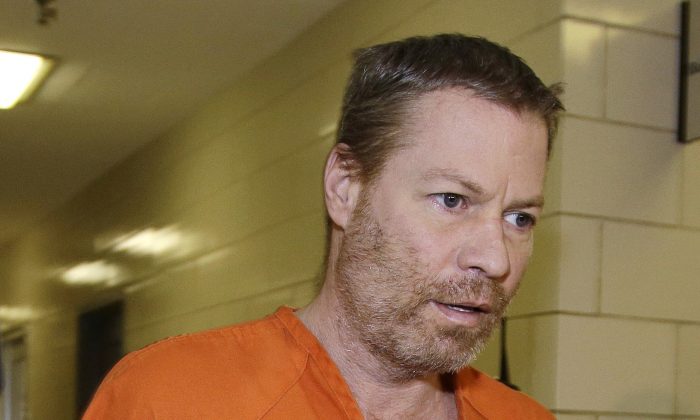 Mark Leonard walks to a hearing in Indianapolis, in this file photo. (AP Photo/Darron Cummings)
Crime and Incidents

INDIANAPOLIS—A man serving two life sentences for causing a massive Indianapolis house explosion has had 50 years added to his prison time for trying to have a witness killed.

A Marion County judge ordered the additional sentence Wednesday against 47-year-old Mark Leonard. A jury convicted Leonard last week of conspiracy to commit murder for attempting to hire a hit man to kill a key witness in the house explosion case.

Leonard was convicted in 2015 of blowing up his then-girlfriend’s house with a natural gas explosion to claim insurance money. The November 2012 blast killed a couple who lived next door and damaged or destroyed more than 80 houses.

Leonard received two life sentences without parole, plus 75 years. Four other people have also been convicted in the house explosion.