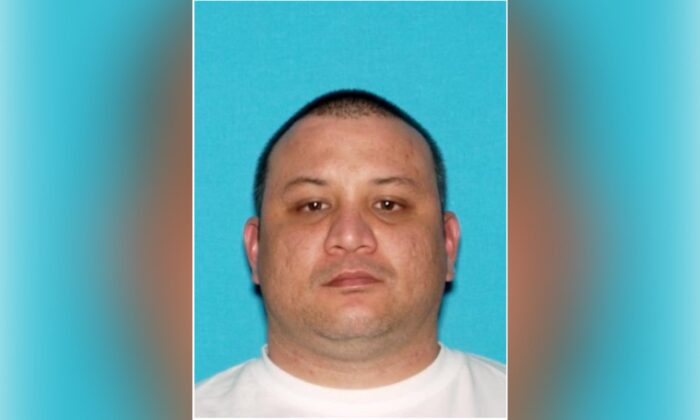 EL CAJON, Calif.—A man who drove an SUV while an El Cajon police officer clung to the window, dragging the lawman about 200 yards and causing him serious injuries, was sentenced Aug. 26 to nearly nine years in state prison.

Cirello initially responded to the scene because the defendants were asleep in the SUV, which was parked in a resident’s driveway.

Pangilinan was charged with speeding away while Cirello was speaking with the defendants. Flores is accused of removing Cirello’s hands from the SUV’s windowsill, causing him to fall from the vehicle.

Deputy District Attorney Clayton Carr said that after fleeing the scene in El Cajon, Pangilinan later fled from police in a car chase in Fresno, and was able to get away.

Flores was arrested about a week after the El Cajon incident in the Madera County city of Oakhurst.

Pangilinan was at large for nearly a month until he was arrested at an undisclosed location in Los Angeles County.

According to the prosecutor, Cirello is back at work but is still dealing with the impact of the injuries he sustained, including a traumatic brain injury and broken bones, which left him hospitalized for nearly a week.

Cirello did not attend Pangilinan’s sentencing, but Carr relayed that Cirello said he’s back to performing his usual duties but is now dealing with pain as a result of what happened.

Pangilinan’s defense attorney, Patrick Kline, sought a six-year prison term, arguing his client had a minimal, nonviolent criminal history. He also noted Pangilinan was trying to flee the scene, rather than attempting to strike or run over the officer with his vehicle.

Kline said that at that moment, he “made a terrible decision, one that he regrets to this day and will regret for the rest of his life.”

Pangilinan made a statement in court, in which he apologized to “the officer I harmed in the commission of my crime. I am truly and deeply sorry for the pain I caused you physically and the emotional distress which I put your family through. I hope you can accept my apology.”