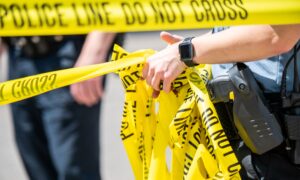 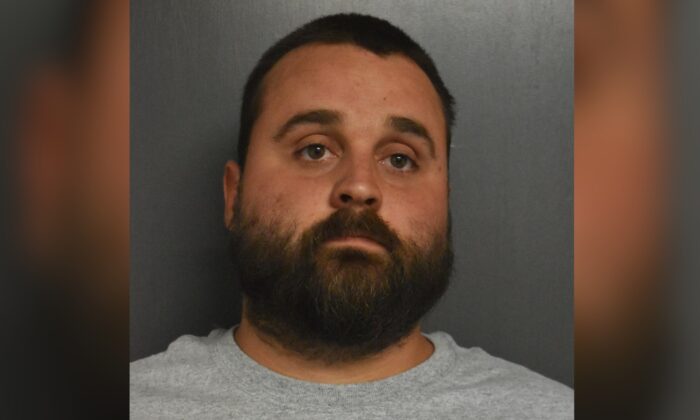 Jared Stanga, 30, was charged on May 18 with attempted kidnapping of a child under 13, aggravated assault and battery. (Courtesy of Escambia County Sheriff's Office)
Crime and Incidents

A Florida man was taken into custody on Tuesday after he allegedly tried to kidnap a juvenile girl near a school bus stop, authorities said.

Jared Stanga, 30, was arrested and charged with the attempted kidnapping of a child under 13, aggravated assault, and battery, the Escambia County Sheriff’s Office said in a press release.

Officials released surveillance footage of what is believed to be the suspect exiting a white van and is then seen running straight towards the 11-year-old girl. The girl was able to wrestle her way out of the alleged abductor’s grip as he tried to carry her to the car.

The girl is then seen running off back to her home while Stanga fled back to his car to flee the scene. Her parents reported the incident to law enforcement.

“As you could see in this video. A Hispanic male exits the vehicle reportedly armed with a knife,” the sheriff’s office wrote in the caption of the video posted on Facebook. “The suspect then grabs the little girl and a struggle ensues. She was able to fight and break free from the suspects’ grip. She is safe and with family.”

Stanga was apprehended without incident on Tuesday by law enforcement officials at about 5 p.m. and detectives have tied him to the attempting kidnapping earlier that day.

Escambia County Sheriff Chip W. Simmons said during a press briefing the girl was playing with a blue-colored slime at the time of the attempted kidnapping.

The suspect was later seen in another surveillance video from a convenience store in another area of the town and was wearing the same clothes and a similar blue slime on his arm.

“You saw the blue goo, the slime, that’s on the suspect that the victim had. You’re not kidding anyone,” Simmons said. “We know you’re an animal, and we also know you’re under arrest.”

Simmons said the suspect has an “extensive criminal history,” including sexual offenses against children.

Simmons said investigators believe this may not be the first time the suspect tried to kidnap the girl. He allegedly approached her about two weeks ago, making her feel uncomfortable. She then reported the incident to her school, her parents, and her principal, but police weren’t notified about the encounter.

“I cannot help to think that this could have ended very differently. Had this 11-year-old victim not thought to fight, and to fight, and to just never give up. Then this could have ended terribly,” Simmons said. “Why else do you think that this man stopped his van and tried to pick her up and take her into that van? It doesn’t take a genius to figure out what his intentions were.”