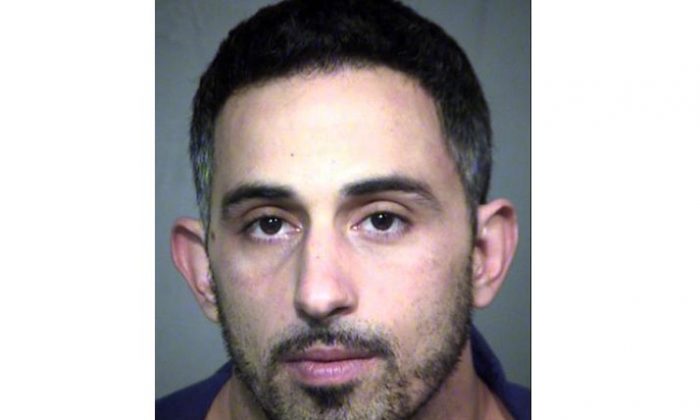 Man Says He Was Drunk When Parents Found Him Holding Girl

An Arizona man accused of picking up a 2-year-old girl in the home of a family he didn’t know said Friday that he was drinking at a friend’s place and accidentally went into the wrong apartment after going outside to smoke a cigarette.

The girl’s father woke up early Thursday after hearing the child whimpering and found Oren Cohen holding the pajama-wearing toddler in the suburban Phoenix living room, authorities said. He confronted Cohen, who ran away, while the mother called 911, police said.

Cohen, 34, appeared in court a day after being arrested outside the apartment on suspicion of kidnapping, burglary and aggravated assault. He said he had mistaken the child for a “midget” and that he didn’t abuse her.

“I didn’t do anything. That’s why I want to say something,” Cohen told Court Commissioner Jane McLaughlin, who cautioned him that anything he said could be used against him.

He said he “would never do anything close to” abusing the girl.

After listening to Cohen, McLaughlin said she still believed he was a “grave risk” to the community and ordered him jailed in lieu of $250,000 bond.

The father told authorities that Cohen’s pants “were slightly pulled down and his buttock was exposed” and that the girl said “the ‘bad man’ gave her ‘an ouchie’ and pointed to her buttocks,” according to a police statement.

Cohen is an Israeli citizen legally in the United States, and he told police he wants to return to Israel, a court document said.