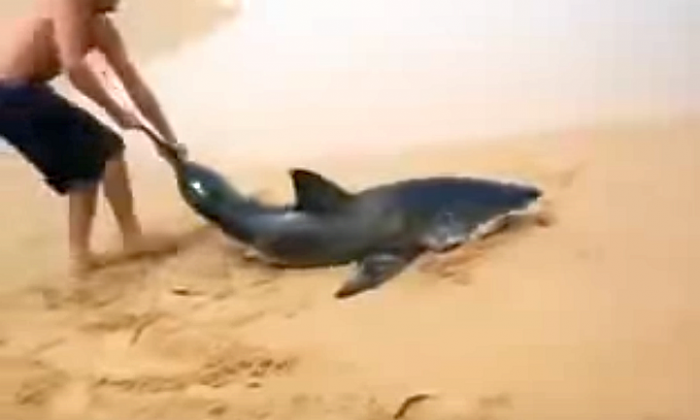 A man saved a beached Great White Shark in Australia.

The man, identified as Shane Cox, displayed his bravery when he grabbed the big carnivorous fish’s tail and hauled into the surf.

The clip was originally uploaded in 2009, generating hundreds of millions of views since then.

“I was fishing for Gummy sharks that day trying to get a feed for my family and friends and wasn’t expecting this great white to be on the line,” Cox told the Sydney Telegraph. “Just under the hour of fighting we seen it, was not expecting this at all I was able to get it washed up with the wave I removed the hook and I couldn’t leave this shark on the beach too die.

“I guess adrenalin and no brains I grabbed it and put it back in the ocean.”