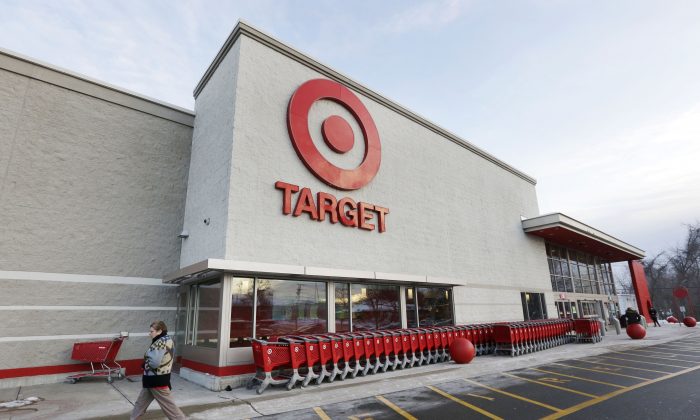 In this Dec. 19, 2013, file photo, a passer-by walks near an entrance to a Target retail store in Watertown, Mass. (AP Photo/Steven Senne)
US

Man Saved a Girl From Being Stabbed to Death. Now Target Is Suing Him

A man who saved a girl from a stabbing inside a Target store in Pennsylvania is being sued by the chain.

Allison Meadows, who was 16 at the time of the 2013 incident, was shopping at a Target store when assailant Leon Walls attacked her. Walls was eventually convicted of attempted murder, and surveillance footage from the Target store showed him attacking the girl.

The girl didn’t suffer more injuries because Michael Turner got involved. Turner, along with a few other men, confronted Walls and Turner chased him out of the store with a baseball bat.

“I thank him,” Meadows has said of Turner’s actions. “I thank him every time I see him.”

Meadows filed a lawsuit against Target, saying the store’s lack of security is the reason she was put in danger.

Target wasn’t happy with Turner’s actions, and it is suing him for “endangering” customers, CBS Pittsburgh reported.

Target claims that Turner and his friends engaged a violent encounter with Walls on the street and they chased him into the store.

The Meadows family, however, supports Turner. “I really don’t understand all the details as to why they are pursuing that angle, but we certainly hold these guys in the highest regard for what they did,” Glen Meadows told CBS.

The family will travel to Pittsburgh to be in the courtroom for the trial.

An attorney said the family is also furious with Target’s move.

“Suing Michael Turner is just Target’s way of trying to blame someone else for what happened under their own roof,” the Meadows family attorney said, per the Federalist. “The family certainly doesn’t blame Mr. Turner and they are thankful he was there that day.”

City Pages tries to explain the whole situation and what Target is claiming:

“At this point, we were standing on Highland Avenue, and then that’s when Walls attacked Jobe Wright,” Turner told Waters. “At that point, Roland Smith and Tyreek Walker pursued behind him. At this point, I get in a car with Jobe Wright.”

According to Turner, they set off to find Walls. When they arrived at Target, another friend emerged from the store, saying, “He’s in there.”

Turner entered Target carrying a baseball bat. He soon located Walls. The two exchanged words. That’s when Walls grabbed Meadows, a bystander who was shopping nearby.

Target alleges if it had not been for Turner going after Walls with a bat, Meadows would never have been stabbed.

“Well, if the guy hadn’t gone on a stabbing spree, we wouldn’t be standing here talking either. So, they’re not looking at that,” said Turner.

A judge in the case has also been critical of Target, saying it is trying to make the Meadows family back down from their own lawsuit.