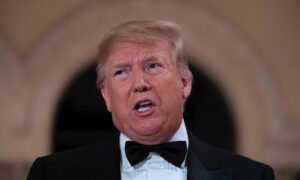 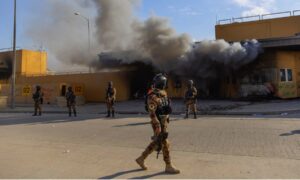 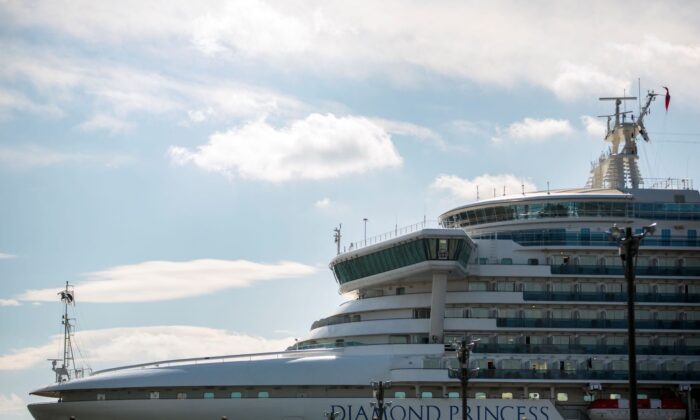 The Diamond Princess cruise ship is anchored at the Daikaku Pier Cruise Terminal in Yokohama on Feb. 12, 2020. (Behrouz Mehri/AFP via Getty Images)
US News

The United States is planning to fly home hundreds of Americans who have been held in medical isolation on a cruise ship held in Japan as health officials confirmed more cases of the mysterious new virus of Chinese origins, bringing the total to about 355.

Hong Kong and Canada are also reportedly planning to arrange chartered flights to bring citizens back home. The ship has been held under quarantine since early February after a passenger contracted the new coronavirus, named COVID-19.

But one American passenger, Matthew Smith, told Fox News over the weekend that he doesn’t believe it’s a sound idea.

“Our greatest desire at this point is to maintain the quarantine that the Japanese health officials have established,” Smith told the outlet, “then get a test for the virus at the end of that quarantine so we can establish with relative certainty that we are not infected and be free to go.

“I understand getting off the ship to be in another space, but under this circumstance, the offer is we’re going to put you on buses with other people who haven’t completed their quarantines and have not been tested for the virus,” Smith said, adding that authorities are “going to then put you on a plane with all these people and take you back to the United States, and because of the risk you still pose due to that situation [they’re] going to stick you in another quarantine.”

“We have access to the balcony, we are fed well—three times a day along with excess food—they provide all the necessities we need in there,” he said. “Other passengers have a vastly different experience if they’re on an interior cabin, which is markedly smaller and no access to fresh air. They have allowed those passengers up on the deck for an hour every few days,” Smith noted.

The U.S. Embassy in Japan announced Saturday that it will evacuate passengers under quarantine, while Princess Cruises CEO Jan Swartz sent out a video about how the quarantine will end. Health officials in Japan also confirmed there were 355 cases of COVID-19 on board, according to news reports.

“While the final plans have not been confirmed to us, the Japanese government has informed us that they may start a new testing process for guests beginning Feb. 18,” Swartz said in the video. “So guests who are tested on Feb. 18 and have negative test results may be able to disembark beginning Feb. 21.”