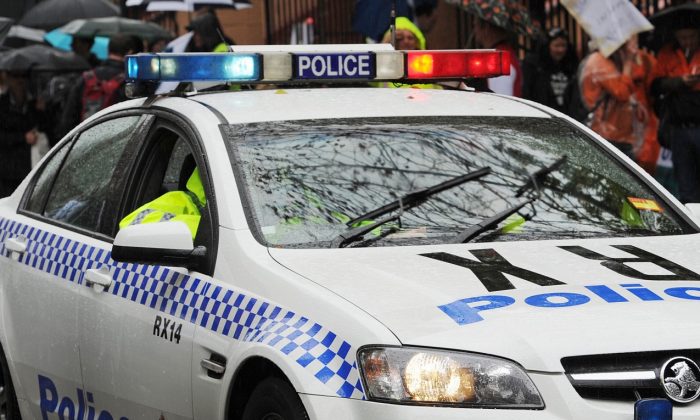 A man from Nigeria, Africa, has been charged with fraud for allegedly posing as a soldier from the United States and then using the internet to scam a woman out of more than AU$300,000 ($215,000).

The 32-year-old man, Cosmos Emeh, formed an online romantic relationship with his victim, a 34-year-old woman, after meeting her in October 2018 on social media.

Over subsequent months she grew to believe the stories he made up about being a U.S. soldier deployed in Syria.

Emeh was, in fact, living in Durack, Brisbane, on a student visa with a partner who has permanent residency and had been in Australia for two years. He managed to convince the woman to send him more than AU$200,000 ($143,600) in a series of transfers via a money transfer service.

He also later visited the woman’s house to collect another AU$105,000 ($75,400), but because he did not look like the American soldier he’d claim to be, he claimed to be an agent for the so-called soldier instead.

But the meeting caused the woman to become suspicious and she confided with a close friend afterward, and later reported the incident to police.

It's easy to "think this will never happen to me", but the reality is – it can and it does. It happened to a Queenslander. Let's support her and the many potential victims she has saved today.

“I would characterize this victim as a well-educated young person who has entered into an online relationship based on what she was told,” police investigator Vince Byrnes told reporters on Jan. 11.

Byrnes said that once the two had established a romance, Emeh raised the topic of importing property into Australia.

“It may have been held up in relation to a customs or a revenue issue associated with that and that person didn’t have access to funds,” he told reporters. “The scammer [would ask] ‘could you please help me by providing some funds to me to release my property?”

Emeh was charged with one count of fraud, and one count of suspected fraud and appeared in the Brisbane Magistrates Court on Jan. 11, where he was denied bail.

His application for bail was refused because he was at risk of reoffending, as well as failing to appear in court.

According to a local news blog, Emeh denied he’d had a romantic relationship with the woman over the internet and denied knowing that he was involved in a scam.

His lawyer told the court that Emeh had incidentally come to possess the SIM card that was used in the scam when it was sent to him on Jan. 10, the same day police had arrested him.

The case has been adjourned to Feb. 11.

“It’s very uncommon in Australia or anywhere around the world to have an offender involved in this type of scam physically present themselves for the collection of money,” Byrnes said. “It is a disturbing development and impinges on the personal safety of not only that victim but as a development in the methodology [of scammers]. These are constructed, well-versed scams demonstrating predatory behavior based on avarice and greed. If you can’t control the nature of the interaction you have with that person online, that may be a red flag for you to be aware something may be amiss.”

Detective Superintendent Terry Lawrence of the state crime command’s financial and cybercrime group said that the U.S. Army Criminal Investigation Command receives hundreds of complaints each month from people who find themselves in an online relationship with someone claiming to be a U.S. soldier.

“This is a common scam worldwide,” Lawrence said. However, he also added that the twist in this recent case of the scammer actually visiting the victim in person “is certainly something we need the public to hear and be warned of today.”

An alleged Casanova conman has fronted a Brisbane court, accused of swindling an unsuspecting woman out of more than $200,000 by posing as a U.S soldier online. #9News | http://9News.com.au

Lawrence encourages the public to “maintain control at all times” when developing friendships or relationships online.

“I know emotions may make that harder but arm yourself with the knowledge that these scams are occurring to everyday members of the community like you,” he added. “Take the time to evaluate the relationship, talk to friends and other loved ones about your new relationship online. We are thankful the victim in this instance took this step.”

The full press conference can be viewed below.

Romance Scams: A 32-year-old man accused of impersonating a United States soldier has been charged with fraud offences after a 34-year-old Brisbane woman gave him more than $300,000. The man was arrested at a property in Brisbane's south. “The U.S Army Criminal Investigation Command receives hundreds of complaints a month from people who find themselves involved in an online relationship with someone purporting to be a U.S Soldier. This is a common scam worldwide. Usually the offenders interaction with the victim is all online so this further step of traveling to the victim’s home is certainly something we need the public to hear and be warned of today."Police Statement: Police are issuing an urgent warning to the public following an investigation which has uncovered a disturbing development in romance and online scams. Last night, the Queensland Police Service’s Financial and Cyber Crime Group charged a 32-year-old Durack man following an investigation sparked after a victim contacted police. Operation Swift commenced following information received from a 34-year-old Brisbane woman who believed she had been dating an offender who had claimed to be a United States soldier. It is alleged the victim befriended a man she believed to be a U.S Solider on a social media platform in October 2018. Over the course of the following months the victim was groomed into believing the stories provided by the criminal and formed an online romantic relationship. The victim sent over $200,000 to the “U.S Soldier” via a series of transfers through a money transfer service. “While this is becoming far too frequent, it is what came next that caused us concern,” Detective Superintendent Terry Lawrence of the State Crime Command’s Financial and Cyber Crime Group said “The concerning twist is that the offender (and clearly not the U.S soldier in the images) travelled to the victims home to obtain more money, this time over $105,000.” The victim became suspicious and after confiding in a close friend, she reported the matter to police. Yesterday detectives conducted a tactical operation which lead to the interception and arrest of the offender whilst he was attempting to induce the victim to hand over more money. Detectives executed search warrants at a Durack address and located a number of items used in the commission of these crimes. Investigations are continuing. The 32-year-old man was charged with one count each of fraud and attempted fraud. He is due to appear in the Brisbane Magistrates Court today.www.7plus.com.au/news #RomanceScams 7News