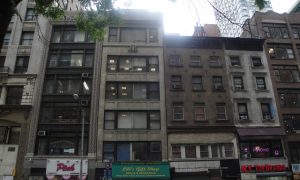 Man Pleads Guilty to Fraud of 86,000 Pounds of Fish

An investigation and monitoring operation by the law enforcement arm of the National Oceanic and Atmospheric Administration (NOAA) caught Charles Wertz Jr. engaging in illegal harvesting practices. Wertz and his company, C&C Ocean Fishery, Ltd., abused a program that entailed setting aside fish for research.

The value of the unreported fish was about $200,000, creating an illegal influx of the fish and affecting the market value for other fishermen. Now that the illegal catch has been uncovered, NOAA says that fishermen operating legitimately can get almost 60 percent more per pound for what they catch.

“Fish equals money, and where there is money there is greed,” stated NOAA Special Agent Matt Gilmore in a press release.