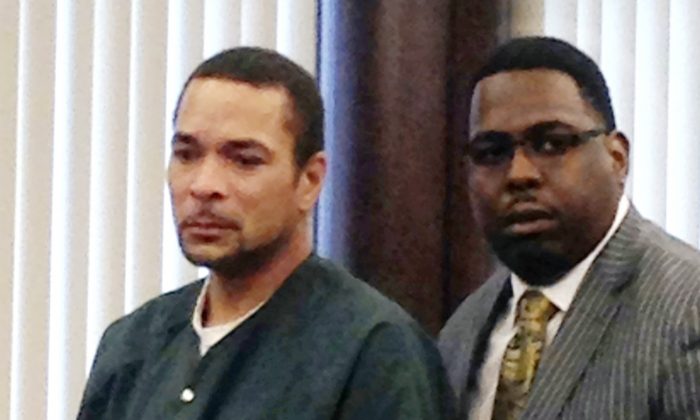 Man Pleads Guilty in Slayings of His 2 Kids, 2 Stepchildren

DEARBORN HEIGHTS, Mich.—An ex-convict has pleaded guilty to second-degree murder in the slayings of his two young children and two stepchildren at his suburban Detroit home.

Gregory Green also pleaded guilty Wednesday to torture and assault in an attack on his wife.

His stepchildren—19-year-old Chadney Allen and 17-year-old Kara Allen—were fatally shot in front of their mother, Faith Green. She also was the mother of Koi and Kaleigh.

Faith Green was shot and slashed with a box cutter, but survived. She’d previously filed for divorce.

Gregory Green was released from prison in 2008 after serving 16 years for killing his first wife, who was pregnant.

His sentencing is scheduled for March 1.