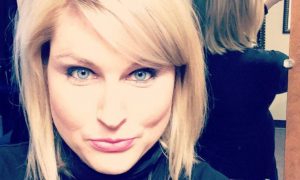 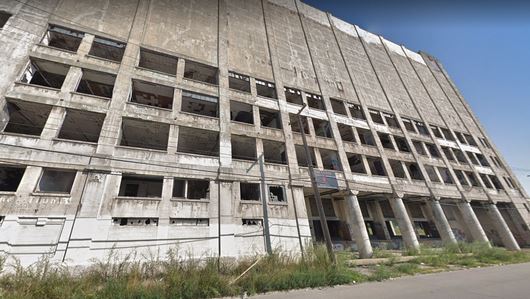 An abandoned factory in Detroit, Michigan was the site of a death when a 21-year-old man playing hide-and-seek with friends on Jan. 12, 2019, fell to his death. (Google Maps)
US News

A 21-year-old man playing hide-and-seek with a group of friends in an abandoned factory in Detroit, Michigan died, police officers said.

The man was playing the game in an abandoned building near East Ferry on Jan. 12 when he disappeared.

The group was on the ninth floor between midnight and 1:30 a.m. Friends tried finding the man but left unable to. They returned in the daylight to continue the search and found his body inside an elevator shaft on the first floor covered by debris, police officers told The Detroit News.

The deceased has not been identified by name.

John George, co-founder of Blight Busters, a group that tries to secure abandoned buildings so people don’t enter them, told Fox 2: “It’s really hard to keep people out that want to get in.”

The abandoned building in question was said to be part of an abandoned Packard lant, which spans multiple blocks and includes 45 buildings.

Developers purchased the property in 2014 and broke ground on the first phase of a project to develop it in 2017. The project is scheduled to take four phases across up to 15 years.

But a spokeswoman for Arte Express, the development firm that is working on the property, told The Detroit News that the building is not part of the Packard plant.

“We own the property, but it’s not part of the Packard plant,” she said.

“After further investigation, it was determined that the accident didn’t happen at the Packard plant, but in a vacant building in the 1900 block of Ferry Street,” a police official added. The confirmed abandoned building is the site of the former Grand Trunk Warehouse & Cold Storage and was built in the 1920s. It closed in 2002.

George urged people to remember that abandoned buildings are dangerous. “Seriously, these are construction sites, demo sites and really need to approach them with a great deal of caution,” said George. “I would suggest to not only our suburban youth, but to the kids here locally go to businesses that have been renovated and open and enjoy.”

Monty Trapped On A Roof

We're sure the view of the city was great. but a rooftop seat is not recommended for dogs. Two paws up for our rescue team and the concerned citizen that helped Monty!

The Michigan Humane Society recently rescued a dog from the roof of an abandoned home in the state.

A rescue team jumped into action after a passerby spotted the dog on the roof.

Monty, a brown and white dog, appeared to be stuck on the ice-covered roof.

Video footage posted by the society showed the rescue team carefully moving through the house to reach the dog. They were ultimately able to get him to come to them by offering treats.

It wasn’t clear where in Michigan the rescue took place.

People commenting on the video lauded the team. “Detroit animal cops rule! We love you! Miss watching you guys on animal planet. Thanks for all you do!” said one Facebook user.

“He’s just a big lovey-boy. So nice to see he found his forever home!” added another.

“What a cute dog and so happy to see the help. What great work all of you do!” added another.