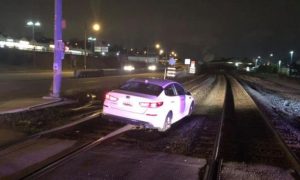 Woman Claims 'GPS Told Me to Do It' After Driving on Railroad Tracks, Police Say
0
Share Now
TelegramFacebookTweetEmailTellMeWeReddit
Copy Link 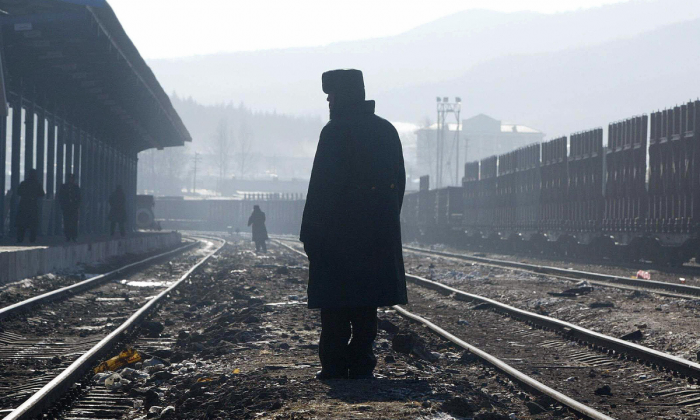 Man on Fire Lies on Railway Track, Authorities Take Photo and Walk Away

A man in China laid near railroad tracks with his clothes on fire while onlooking railway officers took no action, according to footage shared on Chinese social media. The man was later rescued and survived the incident.

Video footage was captured of the incident which occurred in the city of Shenzhen in southeastern China’s Guangdong province on Feb. 26, the Beijing News reported.

According to a Radio Free Asia Chinese tweet, the video was shared on social media in mainland China on Feb. 27.

The video shows a man whose body is on fire lying on the tracks, while onlookers implore railway officers to take action. The authorities approach the man, but do not assist the man.

The man is seen in the video lying face down near the tracks next to a parked train. Smoke is rising from his pants, and it appears that the are flames near his torso. Passengers watching the event shout all the while to extinguish the fire.

Various passengers are heard both talking and shouting through the video. “Put the fire out!” “He’s still alive.” “This officer needs to hurry up and put the fire out.”

His arm twitches, and a railway authority approaches from the car. However, upon taking a look, the officer squats down only to take a photo and walk away.

“He’s not putting the fire out, he’s just taking pictures!” “That officer should get off the train and save him!”

When the officer leaves, the man begins to regain consciousness. He attempts to use his arms to push himself up. Another officer looks down at the man, and walks away.

The man starts to roll over, and it appears the entire underside of his pants are on fire.

A police officer then walks through the car where the video is being filmed. It is unclear what he says, but he points towards the man, and continues walking past all the standing passengers.

The Beijing News reported on Feb. 27 that the man had climbed over the railroad station railing. He then climbed on top of the railroad car, and received a strong electric shock.

He was sent to a hospital in critical condition. After being transferred to another hospital, he is now stable and regained consciousness.