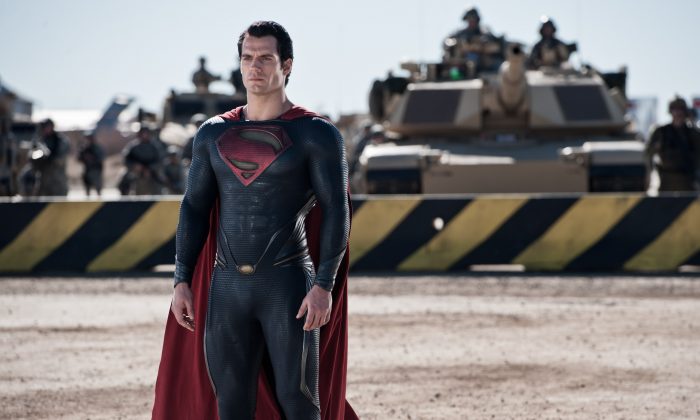 What do you get when you have producer Chris Nolan (of Dark Knight fame), director Zack Snyder (300, Watchmen), and a modernized take on the most famous superhero of all time? A stupendously entertaining movie with an all-star cast including Henry Cavill, Amy Adams, Russell Crowe, Kevin Costner, Diane Lane, Michael Shannon, and Laurence Fishburne.

Superman aka Clark Kent aka Kal-El (Henry Cavill) is born in the midst of his planet literally imploding. His parents Jor-El (Russell Crowe) and Lara Lor-Van (Ayelet Zurer) make the ultimate sacrifice and send him off to Earth just moments before they and their kind perish as their planet explodes.

Fast-forward to a few years later (in Smallville, Kan., obviously). Clark is a young boy living with his parents Martha and Jonathan Kent, played by Diane Lane and Kevin Costner. Clark is struggling to deal with his supernormal abilities.

This portrayal of Superman’s human side is what sets Man of Steel apart from its predecessors. We are given a glimpse of the superhero’s internal struggles as he comes to terms with who he is and the responsibilities that fall on his shoulders. For the first time, we’re privy to the insecurities and internal conflicts that plague Kal-El as he balances his supernormal abilities while trying to fit into the human world.

These internal struggles are heightened when he’s forced to choose between saving his new home/mankind and preserving the Kryptonite DNA, which would mean wiping out all human life on Earth.

Michael Shannon plays General Zod, a fellow Kryptonian who is zealously dedicated to preserving his people’s legacy and future. While Zod isn’t purely evil, per se, his role as an antagonist serves to bring out Superman’s humanness and his compassion.

Man of Steel is a well-rounded story of self-discovery and the importance of choosing your character and destiny. It is made whole with amazing acting, cinematography, special effects, and music by the talented Hans Zimmer, as well as action scenes that will leave you breathless.

The risks that the filmmakers took in tweaking and updating the storyline paid off, as Superman 2.0 is everything that captured our imaginations and hearts decades ago. And the character is a lot more relatable, as his complexities and tough decisions ground him with normal people.

One of the most enjoyable movies this year, Man of Steel stands up to all of its hype—just like Superman stands up for justice and peace on his adopted home turf.