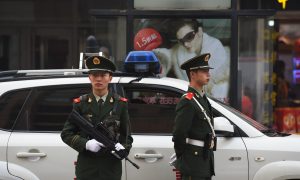 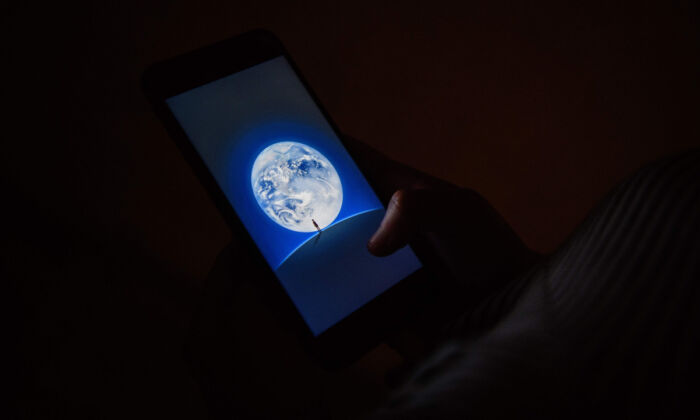 A man was almost duped into paying an extortionist $250,000 (roughly 1.6 million yuan) who he met on social media. The extortionist was later found and arrested, according to a report on March 24 by the Legal Daily, the state-sponsored mouthpiece of the Chinese Ministry of Justice.

The man, named Li, received a disturbing letter at his home in Shanghai, China. The letter gave detailed accounts of his personal life and family, and attempted to threaten him. Li reported the incident to the police.

On the evening of July 15, 2018, Li received a printed, anonymous letter. The letter was over 2,000 words long, but Li was shocked after just a few sentences, according to the Legal Times.

The letter described in great detail Li’s financial situation and his family members. The letter also indicated where Li’s children attended school, and even where they went for summer camp.

Describing himself as a sad and tragic person, You said he was a self-made man in his 20s. He went on to say that both his wife and child suffered from serious illnesses, and although their health was stable at the moment, they would need expensive medical treatment in the future. Because of this, You implored that he needed “assistance” or a loan in the amount $250,000, roughly 1.6 million yuan, according to the Legal Daily.

You emphasized multiple times that he was only asking for a loan, and that Li would be paid back in double within a year. To appear more credible, You claimed that he had real estate in both Shanghai and Nanjing that he had already put on the market.

You also threatened Li by implying that he would harm his children if he didn’t get his money.

Then You instructed Li to bring the cash to a specified location on the evening of July 16, only one day after Li received the letter. You also wrote that Li should not report the incident to the police for his family’s safety.

“If you follow my demands, our two families can safely get through this crisis,” You wrote in the letter, according to the Legal Daily.

Li, however, reported the incident to the police the following day, on the morning of July 16.

You was arrested by the police, and confessed to the extortion and blackmail.

He told the police that the money was not at all for his family. He started his own business in 2014, and intended to expand operations. He calculated that expansion costs would be around $250,000. You then had the idea to find a wealthy individual in his WeChat “friend circle,” and extort them for money.

WeChat is the most popular messaging app in China. WeChat’s friend circle is similar to the friend groups on Facebook or Twitter.

You explained that he met Li at a class reunion in 2017. The report said that You knew one of Li’s classmates. At the party, You and Li exchanged phone numbers and WeChat information, but didn’t maintain contact after that.

You explained that when he was looking for a target, he saw that Li appeared to be very affluent. Li shared intimate details about his life on WeChat’s friend circle, including posts about his expensive cars, hobbies, and his family activities.

Recently, a court in Shanghai sentenced You to three years and three months in prison, and fined him 5,000 yuan ($750) for extortion and blackmail.

The report did not mention if Li deleted You from his WeChat friend circle.

Other forms of extortion have developed in China. In September 2018, a group found a way to extort money from business owners by posting false, negative reviews about their products.

Their behavior is the opposite of astro-turfing, which is posting false, positive reviews of a product. The group called itself the “internet water army.”

The Sichuan Provincial Public Security Bureau said that the group of five people extorted roughly 200,000 yuan ($30,000) from one company by using these tactics.

The first instance of this extortion occurred in November 2017. A WeChat account belonging to a firm called “Chengdu Jizhi Interaction Internet Technology Co. Ltd.” published an article criticizing a famous Sichuan company. The owners of the WeChat account contacted that company and asked for a meeting.

At the meeting, representatives of the Chengdu company asked for 2oo,ooo yuan to have the critical article removed. The targeted company paid the money, then contacted the police on Dec. 22, 2017.

The “internet water army” originally came from China’s “fifty-cent army.” This was the group that was originally hired by the local authorities in Changsha in October 2004 to post positive comments about the city across different forums. The team further contacted site owners that posted negative comments of the city, asking for the contents to be deleted.

The name “fifty-cent army” comes from the relatively low pay the online posters receive. A study from Harvard in 2016 estimated that 488 million Chinese social media posts come from paid propagandists.